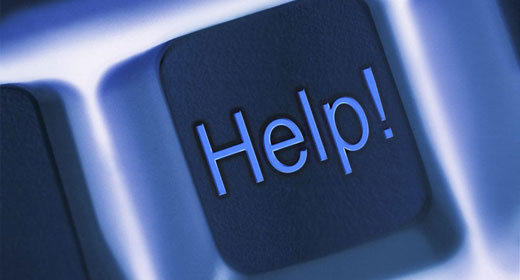 Somehow through a series of unfortunate events I became a Systems Analyst.  That means I occasionally go for upgrader courses to keep my skills sharp and to distract me from the futile career path I have chosen.   But just as importantly it keeps my resume up to date as my employer is a sociopathic scum sucking degenerate.  But I digress.

One of the miseries of educational upgrading are the classmates you will be stuffed in a room with.  As you might have guessed, the Dysfunctional Parrot went back to school this weekend to learn SQL Database Administration.  For most people that has about as much meaning as Flux Capacitor Facilitation Engineer.   In truth, SQL Database skills are extremely handy around the house and especially in the woods if you are lost. 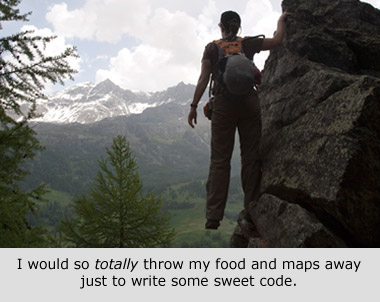 Nonetheless, while there I met some old stereotypes…

This insufferable mutha$#* knows everything.  Or at least he puts on a pretty good show of it.   And while personal knowledge is an admirable achievement, wasting the classrooms time inflating your own ego is not.

The Big Giant Head sees himself as the proxy for the instructor.  When a simple concept is put forward, the BGH feels he must elaborate for the sake of the entire class.  I’m sure he feels a sense of pride, but everyone else is envisioning him being eaten alive by a zombie horde.

“Excuse me, how do you spell SQL?”

The Fish out of Water has no business being in the class.  He’s confused by the most elementary concepts such as how to click on an icon.   His kids showed him how to use the internet one weekend and now he thought that taking a bootcamp SQL Database course was a natural second step.   The second this guy opens his mouth to display his ignorance, you can feel a wave of misery move over the entire room, most notably starting with the instructor who is now contemplating a change in career.

The saddest thing of all?  This idiot will probably go on to be a consultant.

Every class has one son-of-a-bitch that can’t shut up about how awesome his home or work equipment is.  These blabber-mouths are easy to spot fairly quickly, as the first complaint is how “slow” these new i7 Processors are compared to the Hadron Collider he has in his home PC.

The Cyber Ninja is the geek version of the old man who tells fishing stories.  Much like the tall tales of catching a 25 pound Northern Pike, the trophies of the Cyber Ninja are completely unverifiable.  For all we know, he’s still using Windows 95.

Whereas the Fish out of Water flopped around the classroom environment in total confusion, the Possessed Arm asks questions every 5 seconds that even HE knows the answers to.

“Will we need to understand how to use a mouse to operate Windows Server?  Ah yes, I know that of course.  If I can ask another question about whether or not the PC should be plugged in…”

I run halfway between wanting to give this person some inexpensive psychological counselling to help their loneliness, or wrapping the CAT-6 Ethernet cable from their computer around their neck until their arm drops.   They’re actions are a cry for attention.  But in doing so my actions may be those of second degree murder.

This is my repeating nightmare every time I go for technical upgrading.   I sit quietly, open my notebook and go about my business because I spent a lot of money to be here.   I don’t want to be your friend and quite frankly, I loathe the whole room full of you.   The only reason I’m glad my classmates exist is so they can fill the quota and my class would not be cancelled.  Although this sounds anti-social to the extreme, I can assure you they are required traits for a truly gifted Systems Analyst.

Despite my best efforts my silent yet thoughtful actions eventually gain the attention of the class parasite.   And then the dreaded words are spoken from the instructor…

“Everyone get a partner…”

Within seconds I go from carrying my own weight to carrying the additional load of the “Barnacle”.  My ship is now running at less than peak efficiency because whatever work I do, the Barnacle will also reap the benefits despite contributing nothing.  That is however, a best case scenario.  Assuming your Barnacle feels the need to talk incessantly about his life you may need to resort to self defence.

Barnacle: “So, what do you think of that one?”

B: “That one over there with the nice rack.”

DP: “I’m married with 4 kids AND I’ve paid a crap-load of money for this course.  Are you even paying any attention AT ALL??”

The good news about the Barnacle is that for the most part, they don’t get in your way due to their attention being practically anywhere else except on the important lab project.  This also means they won’t screw it up, as the Fish out of Water most certainly will.   One slows your boat.  The other will outright sink it.

So that’s the misadventures of going back for some classes.  Lots of interesting people to meet and Lord willing, never see again.  Ever.