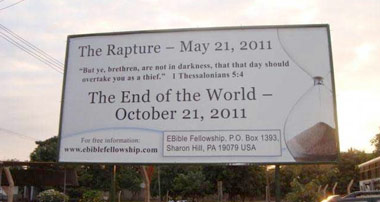 Looks like we have another apocalyptic mini-cult making the rounds.  FamilyRadio.com and her spokesman Harold Camping has been sounding the alarm by driving around the country in an RV and making sure people know that on May 21, all believers will get a backstage pass to glory while everyone else is going to be pounded into the ground by the hand of God.

Harold Camping it seems is no stranger to date setting.  His previous apocalyptic deadline of September 6, 1994 should have tipped people off, but he’s claiming innocent on the grounds of a minor technicality.   He leaves himself absolutely no backdoor this time as here we go again for round two.  If it’s one thing modern day “prophets” love, it simply has to be date revisions!

Let’s also not forget one big factor here: media hype.  This group is about as fringe as they come yet our faithful media is desperately trying to make this seem like every Christian is going to be waiting on their roof on May 21.  As a certified Christian myself I’ll probably be mowing my lawn, taking the kids on a nature hike, or fixing the brakes on my car…and of course logging into FamilyRadio.com to watch the hope hits its peak.  Then I plan on going to sleep followed by waking up on May 22 and feeling sorry for these poor suckers as their world comes crashing down around them. 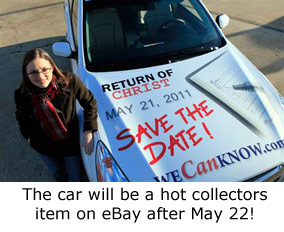 To offer some “date-setting” historical backdrop, back in 1833 the Millerites ( founded by William Miller…naturally ), also set a date and all of his followers expected Christ to return.  The numerology used to pick the date was so complicated you needed a team of ENRON tax lawyers to figure it out.  But their chosen date of October 22, 1844 came…and went like any other day.  The end did not come.  Bummer.

In fact, so huge was the event that it was called “The Great Disappointment”. It has also become the foundation stone for many end-of-the-world cults that simply could not accept the reality that they were more screwed over than a two dollar hooker.  Even today, much of the Watchtower theology regarding Christ’s “invisible” return can be traced back to the Millerites date setting, and subsequent explaining away of the disappointment.

How are guys like this able to gain a following anyway?  It’s not as hard as you think.

First these groups sell up the Bible like a used car salesman in order to lubricate the sphincter of their followers.  Then once they have them convinced of the inerrancy of the Bible, they ask them to “drop the soap” and transfer that faith onto their date-setting.  It’s an emotional bait and switch.   They equate the inerrant Word of God with their opinions, and in doing so make it seem that if you disagree with them, you disagree with the Bible.  We’ve had the luxury of watching this happen in real-time with the Jehovah’s Witnesses persistent backpedaling, but once in a while such false prophets come and try to roost in our own homes.

May 21 will no doubt come and go like any other day.  And for a small band of people it will be soul-crushing experience the likes of which they have probably never experienced.  There will be no rapture.  A comet will not hit the earth and the Spice Girls won’t reunite.  Cat’s and dogs won’t rain from the heavens, and the dead will not rise from the graves to begin a feeding frenzy on the living.  However, rest assured that if they did, I for one am totally ready. 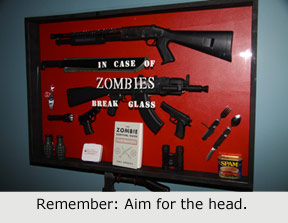 Harold Camping and FamilyRadio.com will be interesting to watch on and after May 22.  Be prepared for the same kind of back-peddling we’re used to seeing in every false prophet.  Then watch the 5 Stages of Grief happen right before your eyes!  First will come the denial, “It has begun!  Really!”.  Then will come the anger: “Why God??”.  Bargaining: usually date revisions.  Depression: “God has misled us!” And then finally acceptance: “Harold has misled us and we were idiots to believe him”. 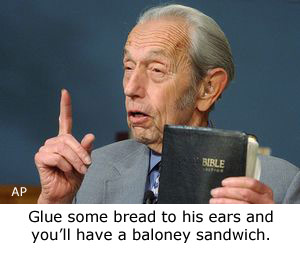 It happens every time.  The sad thing is when the disillusioned few cannot bring themselves to Acceptance.  Sadder still is the scorn and scoffing that will be levied against the church as people laugh at the Bible and legitimate believers due to the actions of a rouge band of heretics.  If any lesson can be taken from this, it’s that such a delusion is easy to avoid in the first place by knowing one simple Bible verse: “No one knows the day or hour”.  Anyone who says otherwise is a charlatan.

TUNE IN FOR A VERY SPECIAL “POST-RAPTURE” PODCAST!

The post-rapture recap of the crazy events of May 21st