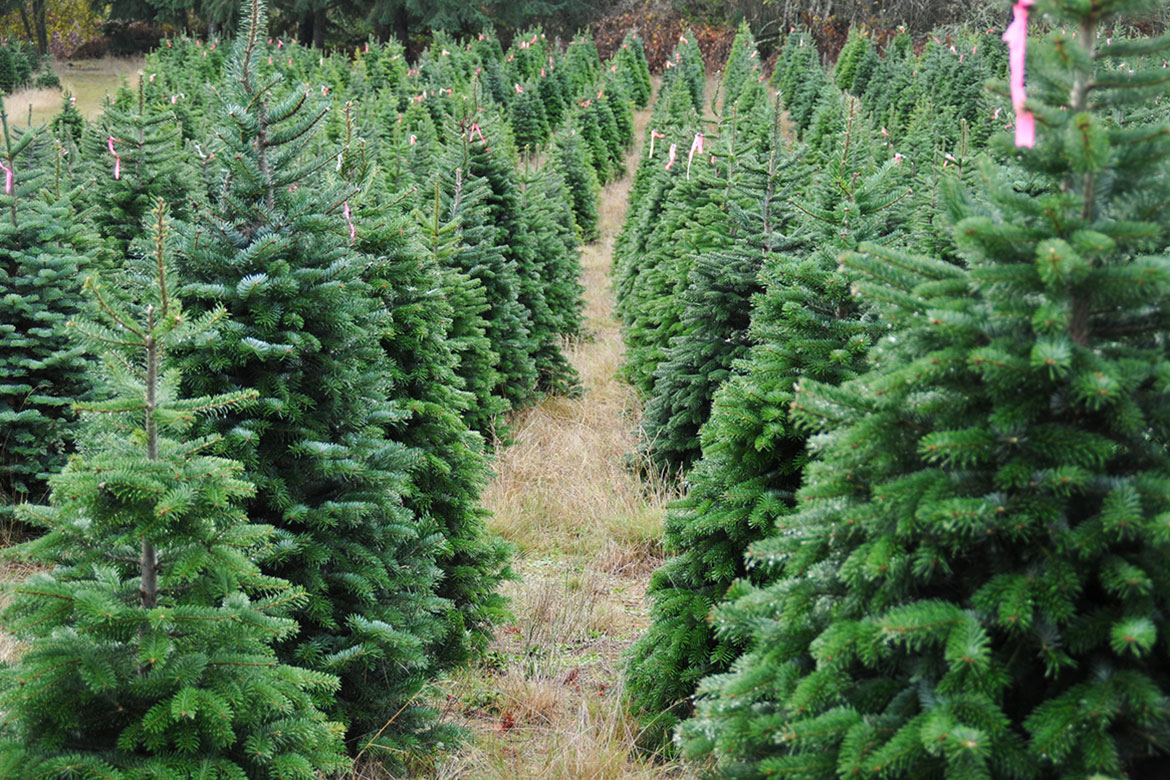 Every year I seem to be getting more grumpy and cynical about Christmas.  But I have a family that quite frankly, is ready to kill me in my sleep if I don’t ease up.  Therefore, instead of spouting the evils of Christmas Trees, I am altering course and going full freaking force into creating the most bitchin, awesome, and all out apex of all things Christmas tree.   You want one?  You’re gonna get one!!

First things first…obtaining the raw materials.  I have an artificial tree in the basement, but that’s just not acceptable now.  Unless I’m having an active role in reducing a perfectly capable oxygen producer into road chips, there’s just no point in going ahead with this plan.  If everyone is going to chop a tree down then fine, so am I.  It’s Canada and we have too many of these things anyway.

My search took me to a local shopping mall where I met Shabab Al-Beely.  I asked for a tree that had the screaming souls of the forest spirits still draining from its sap.  After a few nervous glances I was shown a scrawny Douglas Fir.  At that point I did what any sensible person would do…I sucker punched him in the stomach until he dropped to the ground in the fetal position.

DP:  A Douglas Fir?  I should kill you now.  Now you listen and listen good, I want the best Christmas tree you’ve got, not some stunted twig I wouldn’t give Helen Keller.  I want a perfect conifer that has the breath of its cut-off existence still resonating in its bark. 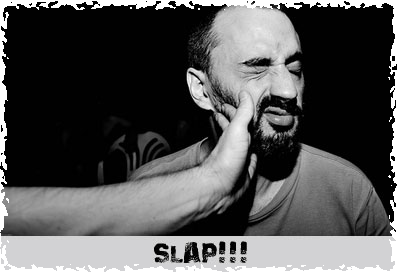 DP:  Next time I hear the word “can’t” somebody is getting a knuckle sandwich with a glass of punch.  Now either you take me to your best or I give Homeland Security an anonymous call about you selling WMD’s.  You MIGHT even get a trial…

I was escorted to a secluded corner of the tree lot, and shown a blanket which was obviously covering something reverent.  Something holy.

Salesman:  Sir, what you are about to see has not been shown to the eyes of normal men.

DP:  Consider my loins girded.  Show me your forbidden wares. 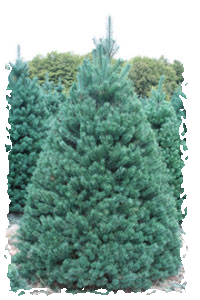 The blanket was lifted to reveal a Scotch Pine of such exquisite quality that if it were allowed to live it would have become a brain surgeon for Ents.  Yet now it was destined to join my voyage of the damned.

Saleman:  Sir, you should know that such a rare find does not come without great cost.

DP:  I’m prepared to take out a second mortgage to have the best tree and then throw it to the curb a week later all in the name of misguided tradition.  Name your price cretin.

Salesman:  $500 and your immortal soul signed over in blood.

And with that I tied the tree to my car and made for home as vehicles slowed to catch a glimpse of the radiant glory that shone from my cars roof.  Children pointed.  Joggers froze in mid stride.  Grown men fell to the ground crying.  But this was only a foretaste of what was to come next…

With a tree now in my possession, it was time to put it all together.  The next phase in my plan required the following elements to be in place:

Since I was able to acquire a tree of pristine quality through means capable by only the brawniest of men, the next step was a bit trickier; decorate using existing supplies.   Since my annual rant about how the Christmas Tree is a pagan symbol that should be eradicated has pretty much fallen on deaf ears, I decided to lighten up and got my kids to do it.

Customize with a personal touch

Now it was time for Phase 2: traditional decorations.  Traditional?  Screw that.  Tradition is for wedding dresses and making cheese.  This tree will instead possess high tech semi-modern decorations.  Wait…semi-modern?  Try semi-conductor beechez!!  For this, I was able to acquire:

CPU’s make awesome decorations due to their golden underbelly.  So I used about twenty of them.  Same with the memory sticks.  If you have access to old cell phones then you could really make your tree something amazing to behold.  For good measure, I also put on about a half dozen dreidels as Hanukkah is also happening the same month.   Why?  Because up yours Santa, that’s why. 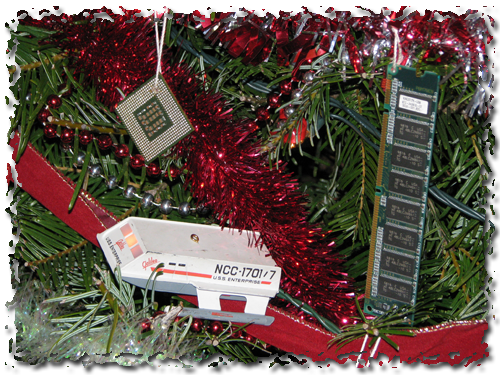 Things I couldn’t get away with, but maybe you can.

Depending on your homes tolerance for geek, you may or may not be able to get away with adding other things to bring it up a notch.  For example, replacing the angel with a T-800 Terminator would absolutely crank your tree to the higher levels of nerd-dom.  My wife absolutely wouldn’t go for it and my in-laws already think me and my damnable electric guitar are straight from the pits of Hell anyway.  Best not to push my luck.

In lieu of expensive orb balls, go for CD’s.  Put about 20 of them in a spindle and drill a hole through the entire batch in one go!  Then string them up and you’re set!   It’s the perfect way to get rid of Jim Carrey’s Grinch movie as well as your kids entire Care Bear video collection.

Now our tree is here and awaits Boxing Day.  That’s when I take it to the backyard and pour a gallon of gasoline on it and light it up.   Despite what you might think, the kids love it.  Figures.  Heretics love dancing around fires.

So on behalf of myself and the Parrot family, Merry Christmas to everyone!   Just try not to get into too much trouble by following my advice o’tay? 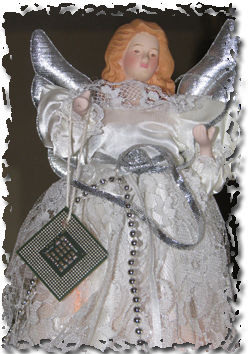