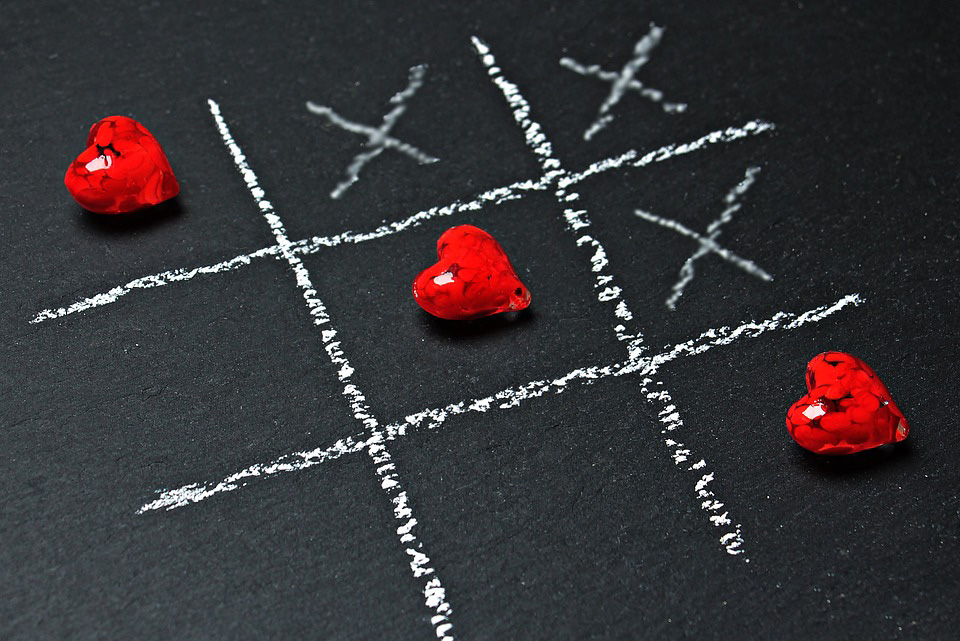 I was once asked to define what love is like for a young man.  The best I could visualize was acute airline sickness.  One moment a guy’s just enjoying some rancid peanuts and the next the body starts freaking out.  In a panic he runs around the cabin like a crazy person looking for a place to throw up while everyone ( especially the women ) avoids eye contact.  Finally he vomits into the lap of a unsuspecting young lady who was just minding her own business.  After wiping away the digested remnants from his face, he introduce himself and asks if she’s free Friday night to, you know, like, hang out.

Before I get too deep into this article, I need a disclaimer that’s going to make all of you experiencing heartbreak feel even worse.  See, I’m living the dream.  My wife of almost twenty five years is in her mid-forties yet looks like she just broke twenty.  She’s smoking hot, laughs at most of my jokes, says I smell nice and cooks better than Gordon Ramsey.  We’ve also had sex most days this week, once resulting in a broken chair.  So honestly, I’ve hit the jackpot.

Since my marriage is at a level most men can only dream of aspiring to, this has naturally resulted in being approached by a young fellow for advice.  His assumptions were amusing, as he thought love just fell into my lap with no effort.  I thought that was funny.  So funny that I punched his dumb face and spit in his eye.  Well, I thought of it anyway.  In truth, my early attempts at first contact with unsuspecting females were downright cringe-worthy.

So you young guys starting out need to sit down and shut yer’ pie hole while your elder is speaking.  Being a former bag of female-repellent saved me from a lot of potential trouble, so I’m grateful for that.  I was finally able to attract the perfect woman at just the right moment when I finally realized the problem was me the whole time.  This advice is for the guys primarily as I honestly cannot speak for what goes on in the mind of ladies during this stage of life.  Truly, I don’t think I want to know.

The first mistake most young men make is not sitting down and thinking through the type of lady they would like to marry.  This is pathetically common.  At 18, most of us simply act like a moose in rut and are unable to consider subtleties, like whether the full-body tattooed, blue-haired nut-job would truly make a suitable mother for your children.  This cart-before-the-horse situation is normal, so don’t beat yourself up too much.  Experience will pummel this out of you eventually…hopefully before you do anything you’ll live to regret.  Take some advice from Kenny Rogers; know when to walk away and know when to run.

For myself, this inability to “know my audience” happened once, twice…ok, maybe several dozen times.  The important thing is that I learned eventually.  In hindsight I feel kind of bad for the ladies who had no idea what was going through my head.  It certainly explains why every date started with them looking for the emergency exits.

So sit down and think, what kind of partner do you want?  Now do the next step that most guys miss…what type of partner does that person want?  If you are that guy then rent a tux and book a church, because good times are on the way.  If you are everything that makes that type recoil in disgust then you already have a mission critical failure.

Dudes, get a handle on your emotions.  A dash of stoicism goes a hell of a long way, especially these days in a culture of fake rage.  A guy who cries at a sunset is sweet and all, but no confident lady really has time for that crap.  You only live once and I doubt a woman of quality desires to waste her valuable life being yoked to a sniveling bag of drama.  Same goes for being a hotheaded idiot who barks first and thinks later.  This was me as a young man.  I remember vividly at nineteen having a, ahem…disagreement with a lady-friend.  You might say I took her sucking face with another guy on the dance floor during graduation ceremonies rather poorly.

I walked away but she soon left the guy behind to seek me out.  Maybe she drained his blood like the man-eating parasite she was and needed more…the important thing is that I wasn’t bitter.  So I locked the car door when she approached.  She was persistent in asking me to open the door of my beat up 84’ Omni but I wasn’t budging.  Yes, I could handle this like a mature man…but, you know, nineteen.  So when she wouldn’t leave, I deployed the nuclear option.

The exact word I used eludes me at the moment, but I think it was fuff?  Frak?  Fump?  Yes, most assuredly it was “fump”.  And for some reason I requested she take this ‘fump’ concept and apply it to herself.

Like I said guys, a little stoicism goes a long way.

If you’re the kind of individual that thinks “safe spaces” are a good idea then I hope you never find love.  Or procreate for that matter.  In fact, don’t touch anything.  You are weak and your genes are contaminated with failure.

I’m seeing a generation of boys who have almost no concept of what it means to be a man.  When the going gets tough, they hide behind blue-haired mothers.  It’s just as well skinny jeans are in style since it seems no room is needed for balls anymore.  So listen up; if you want to be the guy that girls think is king, stand up when the going gets rough.  Here’s the best part: you don’t even need a solution!  Crazy, right?  All you need to do is act like maybe you have a clue what you’re doing and fake it if necessary.  The fact you’re even trying is sexy enough.  Just don’t take the bluff too far and volunteer to do an emergency appendectomy.

A guy who can get the job done is tops on any list.  When the time comes to MacGyver your ass out of a sticky situation, the man who can synthesize enough TNT from a bottle of Aspirin to blow up an obstacle is the man she’s going to want to make a hundred babies with.  One time my wife wanted a simple table so I secretly went all “woodshop” and built one.  Being my first attempt, it wasn’t much to write home about.  But presenting my project while smelling of sawdust and victory, she most likely ovulated on the spot.

Are you primarily known for your ability to play Fortnite?  If so, then I think I see your problem.  So next time a young lady catches your eye, don’t waste your time buying flowers.  See what need she has in life and set about developing the skills to fill that need.  Does she like a good steak?  Get a hunting license and put Bambi’s mom on the diner table.  Does she need a desk for her crummy apartment?  Build one from recycled pallets to show you’re creative, yet mindful of a dollar.  Drives a fix-er-upper?  Learn basic auto maintenance skills but avoid fixing the brakes until you’re experienced, or need a speedy closure to a bad relationship.

Here’s the dirty little secret guys: if you’re not useful then there’s a part of the female brain that says you’re not worth marrying and having sex with, because the world doesn’t need another barnacle.  Be the man the world needs and the right lady will soon be all over you like fire ants.