Last time yours truly reviewed Les Mills Combat and since then the requests have been piling up on my doorstep to also review its predecessor, Les Mills Pump also sold by Beachbody.  And since I’ve evidently become the internet’s last best hope for decent fitness reviews, I have thus made my children continue to go without food while I support your insatiable desires for more of the Dysfunctional Parrot fitness reviews.  Damn you.  Damn you all.

7 DVD’s, a workout guide, food guide, a measuring tape your dog will eat, and a nice barbell.  But any fitness store will have a barbell for a decent price if you choose not to buy from Beachbody.  The barbell used to be mandatory, but Beachbody has since included the option not to purchase making it more a more affordable $90 as opposed to a staggering $195.00. 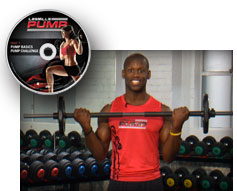 Here you get aquatinted with the trainers and the history of Les Mills which I thought was Australian.  BZZZT!!!  Make that New Zealand.  My apologies folks.

You also get a tutorial on how to assemble your barbell.  Nice thought, but if you really require this information I worry about your mental capacity to handle such a simplistic device.  If you need help assembling a barbell then I assume you also needed help inserting the DVD into the player right side up.

Joking aside, I do recommend watching this as it introduces the philosophy behind Les Mills as presented by three very articulate instructors. 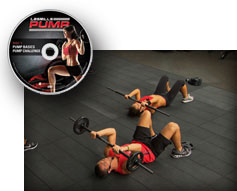 Disk One also has a second workout, Challenge.  You get five trainers taking you through each phase of an introductory workout .  This one is in studio and the setup is very, very nice.  The purpose of this is to get you familiar with the timing, movements and not necessarily to thrash you.  Each trainer gets a moment to have their say and are all very likeable.  My advice here is to not get cocky with that “light” weight.  It gets heavy in a hurry…especially the lunges!

The music tends to be modern remixes of 80’s classics, so I can dig that.  It makes for easier listening for old guys like me who don’t like change. 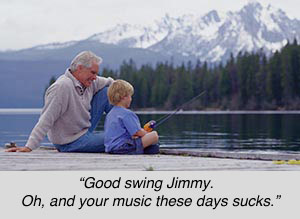 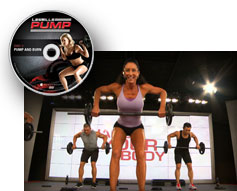 Filmed in from of a live studio audience.  But oddly enough it is not weird or goofy like an episode of Three’s Company.  The four trainers never lay the excitement on too thick and for me that is very important.  In fact, the participating audience is not noticed much anyway except when the reps go to single-timing and you hear the occasional “Whoot Whoot!”.

The workout itself moves you through legs, back, upper body and abs and like all the workouts the instructor changes when moving on to the next part.  However, where this shines is the lower back.  If you have a weak lower back then this one is gold .

Top Song:  Ever done ab work to “Save a Horse Ride a Cowboy”?  No?  Well don’t feel too alone. 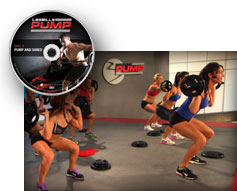 Let’s see, you have seven instructors ( including Dan and Rach from Les Mills Combat ) ready to kill you.  As the name implies, it is shred time and that means the weight goes up.  It also means longer blocks of harder work.  Do the right weight and this one will absolutely kill you, especially the legs.  Keep doing this and you’ll have an ass as hard as Robocop’s.

Like I mentioned in my Body Beast review, you will want to get a proper barbell with spring clips, not screw-on lest you be pushed for time when changing weight. 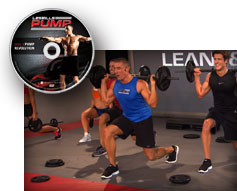 Once again you’re doing much the same thing as other workouts.  I suppose the change here is lighter weight and more reps to give a calorie burn like you would get doing circuit training for example.

There’s a lot lunge action here which builds on the true strength of Les Mills Pump…legs and butt.  There are also a lot of chest presses but I find the high reps counts problematic with the chest.  The reason for that is I find my elbows and arms getting tired long before my chest does.  But maybe I just need to do this more.

Top Song:  Doing ab work to a remake of Warrant’s Cherry Pie?  At least it wasn’t one of the ladies doing the demonstration to the track.  I mean, it is a hair band’s song about pastry cooking after all. 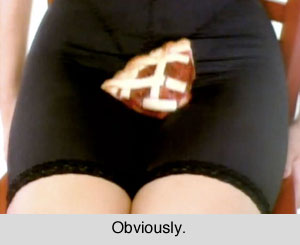 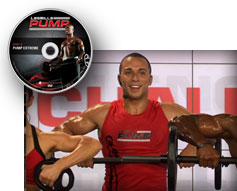 When everyone is in matching outfits, that probably means you’re in for a rough ride.

Pump Extreme is a total body workout that still does the usual moves, but includes other less beaten body parts such as triceps.

Half the music here is really good.  Chest presses to “Pump up the Jam” and ab work to “Sweet Home Alabama” are nice.  I even found myself humming when “Doctor Doctor” was playing.

But the other half is random techno-crap that was really starting to get on my nerves.  Given a choice, I would probably do Pump and Shred over this more often based on that alone. 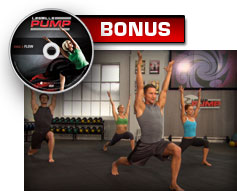 Say hello to your yoga-esque workout and stretch.  It moves fast but gets all the hot spots as you try and iron out the kinks from your previous workouts.

I really like Flow, but I’d give this higher marks if there was more of it.  At only 20 minutes I would hope to have this on the schedule more yet it is still only a once a week workout in each of the three month phases.  It could have easily been made to be 45 minutes and as such been more beneficial.

It’s also a shame more of Les Mills Pump is not in studio because the set is quite nice and unintrusive.  It also seems to bring the cast down to a more casual demeanor that I can more easily live with. 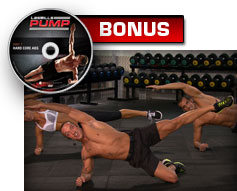 As the cute graphic might have tipped you off, Flow and Hardcore Abs are both bonus disks.  From what I can tell you get them no matter what so don’t worry about missing out.  Both are also filmed in studio without the audience from other workouts.

Hardcore Abs is not about reps but rather slow isolation.  And man, does it work!  Especially when Dan goes after your obliques at the end. 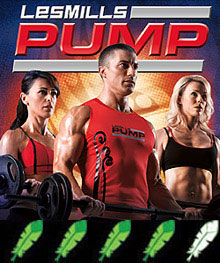 I admit that I gave Les Mills Combat a bit of a hard time over its overly happy nature and because of that I went into this probably a bit jaded.  I pretty much expected to give this one a three feather rating but wow, it has surprised me.  While it is true the opportunity exists to go overboard with the “happy” training, it thankfully rarely comes to fruition.

I’ll hit you with the negatives first.  If you want a lot of variety in a workout program then Les Mills Pump is unfortunately not it.  Four of the seven workouts can seem practically indistinguishable if not for their pace/weight differences.  That means while you’ll be doing moves perhaps slightly differently, you’ll still feel like you’re doing the same thing over and over.  This is why you will only do them 3 times a week lest you burn out.

OK, now the good news.  Prepare for a great workout that will get you strong legs and lower back that will be more rock solid than it has ever been.  In short, Les Mills Pump is a fantastic lower body and core workout program.

The trick with this will be not getting bored.  Again, most every workout repeats the same moves and as such many might have a hard time making it to the end of 90 days without wandering.  My suggestion to that is simple:  Les Mills Pump rocks when used as a supplement to a broader workout program like P90X that has more variety.  Or mix it with Asylum to truly smash your body into perfection!  Use it like that and you will love it, and that is why I bump the rating accordingly.  Otherwise it might be too much of the same thing and get under your skin.