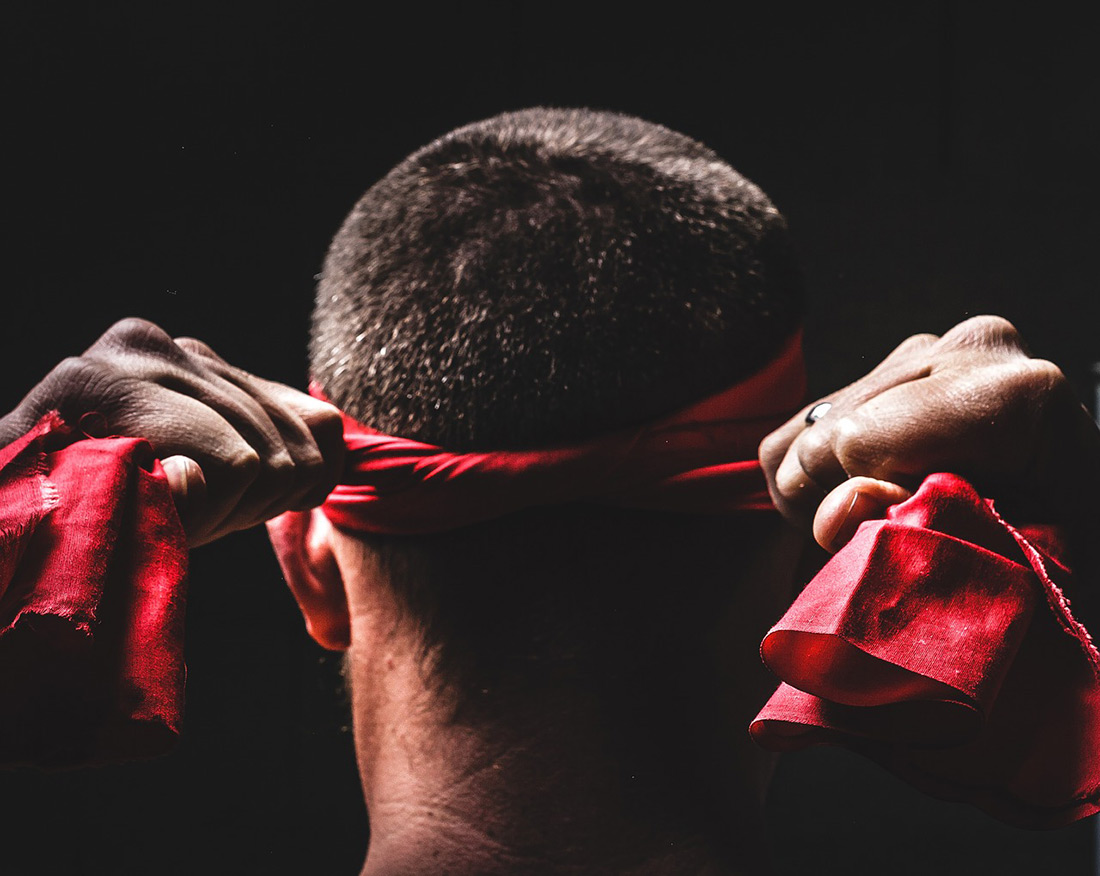 “Get the motivation to not give up and not be a quitter,
No matter how bad you wanna fall on your face and collapse.”
– Eminem

When it came to my karate training, even at the youthful age of sixteen, I was a kata genius.  Despite being almost twenty years since I last entered a dojo, I can still recite most from memory, even if my body would be resistant to pulling them off with any level of my past skill.

That having been said, my kumite/sparring skills were sub-par.  The idea of getting hit really scared me and that’s probably normal for most people, especially teens.  Problem is, if one is terrified of being on the receiving end of a fist, karate may be a tough slog.

By now I was a green belt and Sensei Richard felt it was high time a teenage John-san learned to stop being a wuss.  He could see the obvious problem; my combat style was almost entirely defensive.  I would block and retreat, block and retreat.  My opponent really had no problem just keeping the hits coming.  The idea of moving in for the kill was problematic, as that can often leave one open.  To be an offensive fighter involves a certain amount of risk and especially confidence.  But all I could think about was getting smoked.  Each time someone did a fake jab, I flinched.  For Sensei, this was not going to cut it.

Friday night classes were exclusively devoted to kumite training.  Normally I would spar against same or slightly advanced belts.  The matches were decent, but nothing to write home about.  Until today.

After yet another defensive match on my part, I was asked to sit down.  Sensei stood up and walked to the middle of the ring…alone.  His friendly smile vanished the second he stood in formal position.  What was he doing?

“John!” He was pointing to the ring and I got up with an “Osu”.  I had sparred with Sensei before, but not with this kind of vibe in the air.  This did not look like a gentle lesson in basics and I was wondering what fresh hell I had just stepped into.  The atmosphere in the room got real, real tense as I stood face to face with a man who could break me in half without a second thought.  I didn’t want to go, but one simply does not say “no” to Sensei.  Now I lay me down to sleep…

I thought the best way to fight Richard was to at least try and not be a total pussy.  Maybe I could have my own kill-face and earn his respect so I would be allowed to live.  So I got in position with my best Kai! and was ready to rumble with the jungle.

At first, Richard gave me the luxury of being allowed to live.  Then he would fake a jab and I’d retreat like I was trying to dodge an incoming ICBM.  The match was stopped.

“I want you to attack.  Stop being afraid of me.”

We got in position again and began a second round.  I tried getting some shots in but as before, retreated at the first sign of his offense.  The match was stopped once more.  I was sweating, partially from fear of being obliterated.

Sensei did not say anything, but rather gave me the worst possible signal.  A sign of terror that melts the hearts of men.

I got the eye.

For those unaware of what the eye represents, it means that you know what was expected of you, and you effed up.  Generally, no more verbal instructions follow as the time has come for consequences.

He now commanded for a third and final round.  After throwing a few powder-puff punches at him, he impatiently yelled, “STRIKE!”  Being too terrified to disobey, I remember charging in full speed screaming with a reverse punch…

…and then my memory gets a little hazy after that.

I wasn’t sure how it came to be that I was suddenly airborne.  Odd, wasn’t I just running towards Sensei?  How is it I’m flying in the opposite direction?  And how did Sensei’s foot get there?  Man, that’s just so…

It’s was a curious sensation interrupted by a sickening impact of my body against the dojo wall like a bag of wet oatmeal.  I should thank the wall for popping out the hole Sensei made in my chest from a turning back-kick that sent me flying halfway across the dojo.  You don’t normally hear other students yell, “holy s—!!” during karate class, but I think we can forgive their breaking of decorum in this case.

When my lights came back on, I remember looking up and seeing a smiling Richard examining my face for signs of life.  He knew I signed a waiver when I joined this outfit, so I doubt he was too worried.

There’s no place like home…there’s no place…  I’m starting to come around and I notice half the class seems amazed I’m alive.  Given the winded feeling in my solar plexus, I fear their celebration may be premature.

“Osu?”  Not a very convincing response, but I was slowly rebooting.

Stand up?  I’m afraid you have me mistaken for someone with a functioning skeleton.  My brain was still running through the startup diagnostics of my internal organs yet somehow, I was able to get back on two wobbly legs.  My fighting stance resembled a newborn gazelle getting its footing for the first time.  But in karate, you don’t just quit, otherwise the ghost of Funakoshi will spit in your soup.  In my current condition I was going to put up as much a challenge as Helen Keller, so Sensei put his feet together and bowed.  I do likewise, thus concluding what could only loosely be called a “match”.

I sat down and did my best to breathe life back into my reanimated corpse.  The other students look like they expect me to explode into dust.  At the end of class, Sensei sought me out immediately for a debriefing.

“John, are you feeling better?”

If this was code for requesting another match, I was joining seniors yoga next door. “Yes, Sensei!  Good match.”  I didn’t mean a word of it.

He laughed again as he put his hand on my shoulder.  “John, I need you to stop being afraid when you fight.  Do you understand?”

“Osu!” I said, lying completely but nodding in the affirmative.  If anything, this experience should have made me more terrified than ever.  It took a while to understand what he was saying, but as weeks went by it became more obvious.

To the contrary, in subsequent sparring classes, I was more offensive.  When a punch came in, I would hold my ground, block and counter, but my retreating became minimal.  In my mind, I had sustained, and survived, a wicked kick from Sensei and it didn’t kill me.  I wasn’t fearing an unknown anymore.

I wish I understood those lessons more back then.  You and I need to know that in many of life’s trials, we fear that a big, fat back-kick will be the thing that kills us.  So we live in a defensive posture, constantly retreating after every attack, whether real or fake.  Hell, the mainstream media makes their living convincing us to be afraid of dumb shit.  For reference, see 2020.

Sometimes, the only way to snap ourselves out of this self-induced paralysis is to go in screaming, get tossed across the room, and be forced to stand up.  It’s hard, and sometimes you just want a few minutes to puke in a corner.  But if you get back in the fight, it’s very likely you will, as Sensei said, “stop being afraid”.