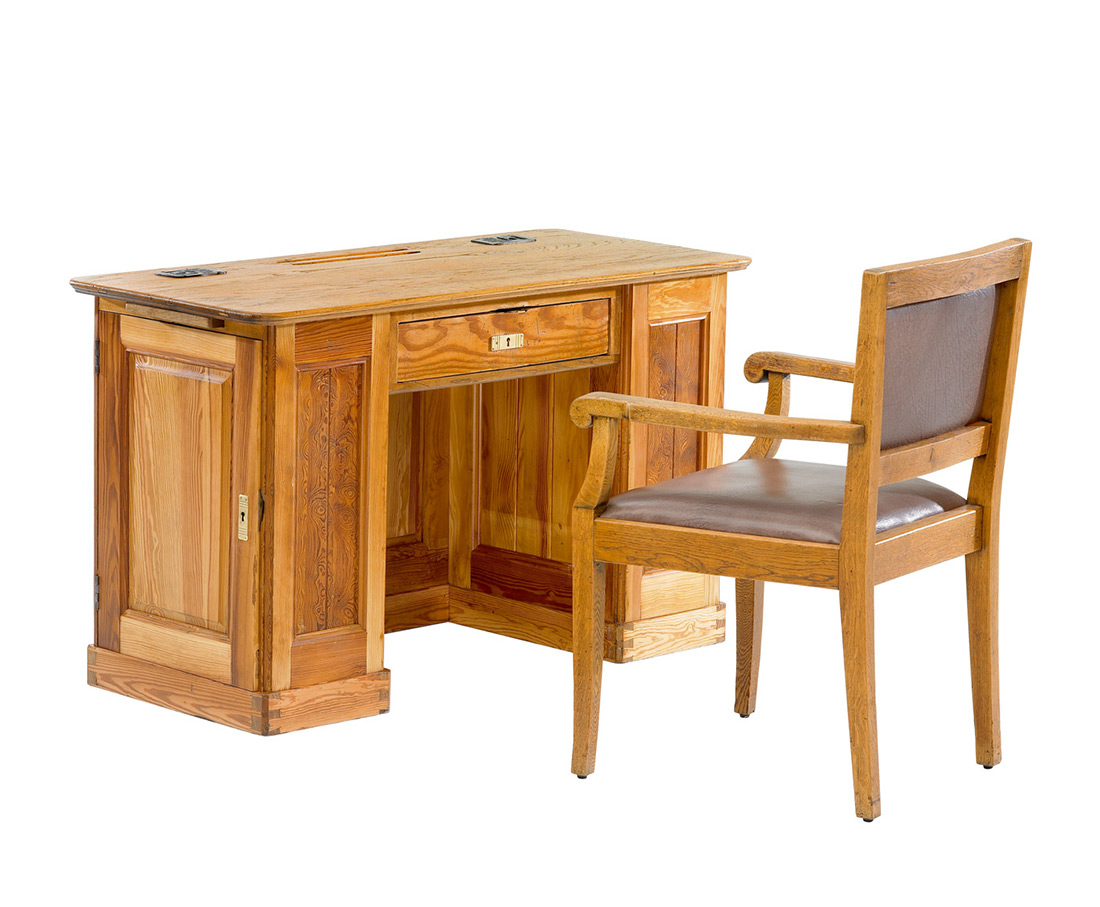 Bully-free zones are without a doubt, one of the stupidest ideas I have ever seen put into practice.  Bullies by nature, straight up don’t care that you posted a sign on the wall.  It’s like a gun-free zone sign.  It just tells a nut-job that this is the perfect place to go on a shooting spree since everyone else is conveniently unarmed.  I personally think a sign that demonstrates a public lynching would be far more effective at discouraging bullying but hey, what do I know?

The thing is, the world kind of needs bullies to help us keep our eyes on the ball.  Dare I say, you need them from time to time.  Without them, weaselly little pukes will just remain weaselly little pukes.  You can see a bully as a wall, or as an obstacle course to make you tougher.  Yeah, I know…being tough is apparently out of fashion.  Kind of explains skinny jeans, since no room is needed for balls anymore.

I was about 16 years-old at this time and had yet to really stand up for myself in any true capacity without making a complete fool of myself.  But sometimes the dramatic step from sniveling little maggot to a guy with dignity just needs a little real-world practice.  Or in my case, a teachers tried and true oak chair.

This chair was part of a legacy that extended back years at the school.  Its sturdy construction bore testimony to the hearts and minds of faculty and students alike.  While not many people used the chair due to being the instigator of early onset hemorrhoids, it nonetheless remained a permanent fixture in the Computer Lab.

This lab consisted at the time, of old Commodore PET PC’s and even a few ball-breaking Commodore 64’s.  One downside of programming on these computers was the rather complicated manner of saving your work.  You didn’t just hit a happy disk icon.  You had to do a command prompt to take your program that resided in RAM and write it to either a cassette or disk.  Hard drives, or at least ones not the size of a hot-tub, were not a thing yet.  If you failed to do this, you can kiss your sweet work goodbye.

Thus brings us to Earl, the arch-nemesis of today’s story.  About a year prior, me and Earl were friends but he decided that being around me was bad social policy.  I really can’t disagree with that conclusion.  Nonetheless, we often butted heads like two mentally deficient bucks.

Today, Earl was up to his usual antics of trying to grow testicles.  This time his mission was to do so by going after the most lowest hanging fruit in the school, yours truly.  Defeating me at that time in a fight wasn’t exactly a UFC qualifier, so the guys self-esteem must have been in the tank.  Especially since he tried once before and we both got a 3-day suspension for scrapping in class.

Still, I have to give credit where due, he had persistence.  His plan this time was to outsource his manhood to someone who could do his dirty work for him.  A bully that went all the way back to my elementary school days, Kurt.

Kurt was in simple terms, a dick-head.  He was Biff Tannen without the physique.  Younger grades were terrified of him, although I imagine his peers considered him a schmuck since I don’t recall ever seeing babes hanging around him.  But this day I once again fell into Kurt’s cross-hairs due to Earl’s goading of how fun it would be to do a little henpecking.

I spent a lot, and I mean a lot, of lunch hours in the computer room.  There was really nowhere else to go as I had pretty much alienated myself from the whole school.  Being a loudmouthed dope has that effect, so I accept my share of blame.  Ok, maybe I had a bit of a larger share.  Nonetheless, when Earl and Kurt waltzed into the room like the cat who got the canary, I knew things were going to start sucking hard real fast.

First, the taunting.  This is normal as a bully needs to first assess the situation.  How much can they get away with, and all that.  I took it because, well…this was Kurt!  I heard he once killed a kid and really, who would lie about that?  Because I thought living was nice, I held my peace.  Despite being a green belt, I was also more aware of what I was not capable of.  Earl of course, was cackling like a chicken.  But then Kurt made one fateful error in judgment.

He flipped the main switch, erasing my program.

I kind of just sat there looking at my black screen and turned to see the two of them laughing it up.  A crisis of conscience ensued.  On my right shoulder, Angel John prayerfully told me to forgive.

“Turn the other cheek, dear boy,” he says to the sounds of angelic harps.

On my left, Devil John makes humping motions towards an oak chair.  He kicks the harp out of the angel’s hands and cranks up Welcome to the Jungle.

“I say we turn this guys cheek.”  He finishes with a guitar solo. 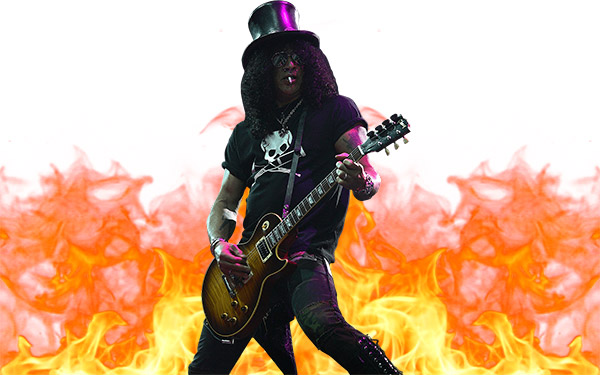 After quiet consideration, I flicked Angel John off my shoulder where he fell screaming to the floor.  Devil John lands a high five and the game is on.  While Kurt’s back was turned, I grabbed the old oak chair.  It had survived years of hard use and thousands of kids.

However, it failed to survive a full-impact assault to the back of Kurt’s head.

Some moments in time are fused in the neurons and I’ll never forget the look on his face till the day I die.   He turns to me after laughing it up with Earl.  Earl sees the incoming chair first and freezes like a deer on the interstate.  Kurt’s smile evaporates a millisecond before the impact and he goes down like the sack of garbage he was.  I’m more than a little stunned by my actions.  Devil John’s kicking back and smoking a cigarette.

Kurt lay there not sure what just happened.  You’d almost think someone smashed a chair over the back of his head.  I observe the broken furniture in my hands and remember, “oh…that was me”.  I just stood there above him with an oak chair now missing two legs.  Earl didn’t move one freaking inch.

For a second I let the rush of power flow through me.  If this was the lineup to join the Dark Side of the Force, just tell me where to sign on the dotted line.  Finally, I stood over him.  I was on top.  If he got up, I thought it would be gentlemanly to smite him again.  I almost decided on a double-tap for good measure but instead threw the chair at his feet.  This turkey was done.

I strutted out of the computer room like I owned the place and kept walking.  Then I started walking a little faster.  I was certain that any second now, Kurt was going to get up, come running down the hall, and break me in half like a dry branch.  Eeeeeeppp!!…what have I done????!!

The rest of the day I just waited.  Waited for the merciless hammer of revenge to fall on me.  I had smoked Big Moose with a chair and was certainly going to get it back in spades.  But then a funny thing happened.

Kurt avoided me.  I mean, he really avoided me.  The dude never came within twenty feet of my personal space ever again.  Earl for his part was crushed.  He sat in the library, displeased that even the hired muscle couldn’t take me out.  In the hopes of emasculating me further, he accomplished the opposite.  In that moment, my balls dropped like a prize ram.  My journey to manhood had now begun, thanks to Kurt.  I feel like I owe the guy a fruit basket or something.

And I learned a very, very powerful lesson that day.  It’s not just a cliché, bullies really are cowards.  Even someone who is twice your size, if they are a bully they will run.  The very reason they are a bully is because they are cowards.  And the way to deal with a bully is just by standing up.  This makes you a better person and in some way, may even help them become a better person.

But an oak chair to the back of the head works in a pinch too.

Still, sometimes you can overextend your confidence and get into more trouble than you bargained for.  In cases like that, you may need to get out of Dodge while you still can.  But until I could get my own horse, I was confined to the passenger’s seat of Barry’s Bobcat.

And occasionally, the trunk.

NEXT – Chapter 12: Stuck in a Trunk with Lee Iococca