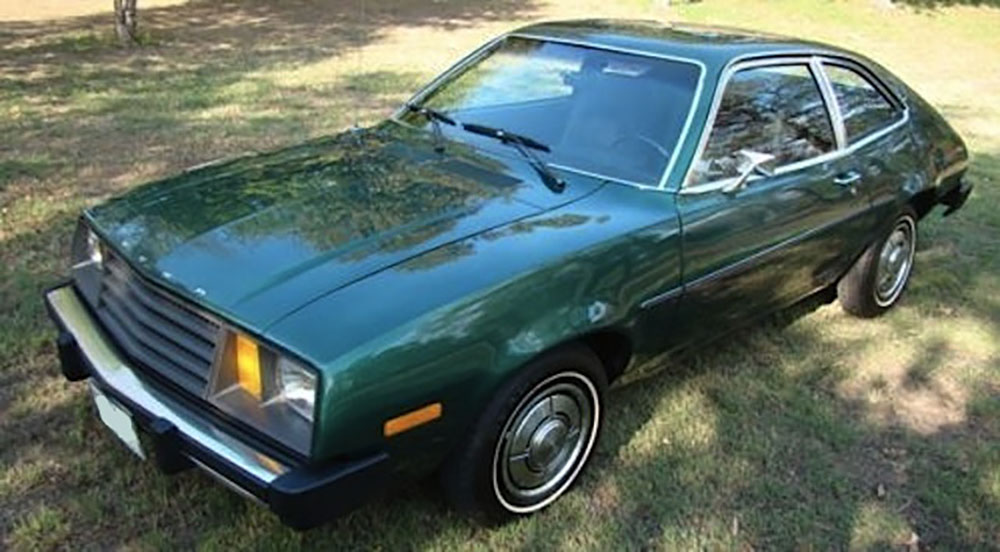 There is a moment in time that reflects the ridiculous series of events that became my youth.  A seemingly benign place that would be a foreshadowing of this overall narrative.

My repeated stowing away inside the trunk of a 1978 Mercury Bobcat.  Aka: Ford Pinto.

Both the Bobcat and Pinto are the same vehicle with a different label.  But most understand the Pinto for a very particular design flaw so I mention that model for clarity.  As such, allow me to elaborate on the gravity of being in the cargo space of this particular automobile.

Back in the good old days of Detroit manufacturing, pinching every penny mattered if we were to beat those nasty foreign automakers and their irritating habit of superior quality.  So if saving a whopping fifty cents on a safety feature to prevent the gas tanks from exploding in a rear end collision, well, that made good corporate sense.  Ford President, Lee Iacocca signed the sucker off and slept like a baby that night.

Suffice to say, the consequences were quite literally, explosive.  In otherwise benign fender benders, Pintos lit up like they hit a Taliban IED.  And woe unto thee to whomever was in the back seat.  Even more woe unto those who were dumb enough to ride in the trunk.  I think it’s a no brainer that an open-casket funeral would be out of the question unless you’re going for a Bar-B-Q themed ceremony.

Why was I in the trunk again?  Just hang in there, I’m getting to that.

Recalls were made, but many of the old mobile bombs remained on the road.  On a positive note, they had decent trunk space.

Barry was my best friend at this time.  He just moved from out of town, so I had some luxury of him not knowing what a dork I could be.  We shared a common interest in cars, Apple II computer games and completely unattainable women.  Barry also had the aforementioned automobile…a metallic green Mercury Bobcat.  It only had a four cylinder, but the stick shift made it so cool to drive.  I think I loved that car more than he did.  We would go to Winnipeg almost every week for no other reason than to just get out and play the Beverly Hills Cop soundtrack cranked up.

In 1987, a seventeen-year-old me had about two nickels to spare.  My comic business had dried up since a lot of my clientele had opted to spend their money on better things like marijuana.  Going to the movies meant having to part with cash I had long spent on Fantastic Four comics, so a Plan B was required.  And seeing as Arnold Schwarzenegger was staring in the Running Man, risking a fiery death seemed a perfectly acceptable option.

You’re probably wondering how being in the trunk of a car gets one into a movie.  Back in ’87, Drive-In theatres were still a thing, and a fairly popular one at that.  But my friend Barry had admission money, and I did not.  So I opted to sneak in past the admission gate in the trunk.  Pure genius.

So in bumper to precarious bumper traffic, I await the signal from Barry to emerge from my hideout.  Back in those days, lineups for Drive-in theatres was indeed a thing, especially if Arnold was on the screen.  Sometimes the lineups to get in were especially long which meant I had no choice but to shut up and get comfortable.

And since it worked so well the first time, I just kept doing it.  My entire movie experience during ’86-87 would invariably start with me coming out of a Bobcat trunk.  It was a way of beating the system, but may have also contributed to a brief life of crime.