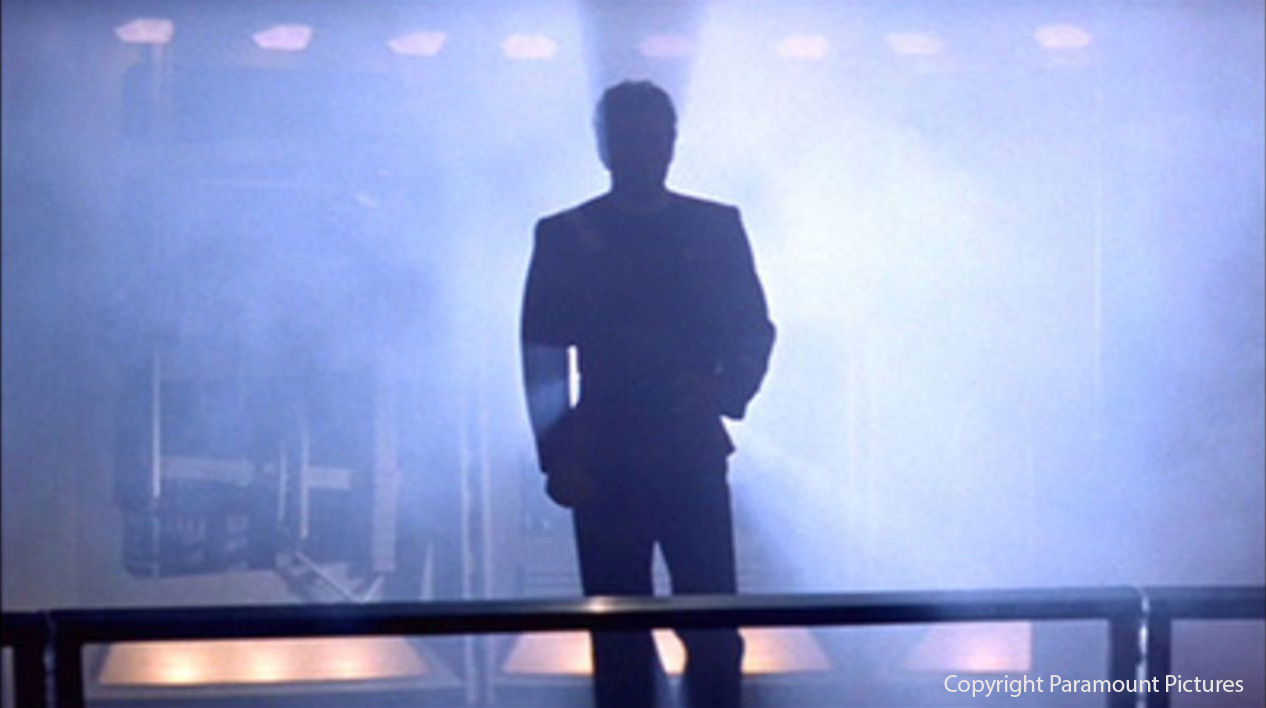 “There is no resolution, it’s a test of character”, Admiral James Kirk

Despite what a lot of people might tell you, there are going to be situations where failure is simply the only thing being served on the menu.  This is because you were a complete moron and fate now has the opportunity to get a maximum return.  Even the universe appreciates a good show.

Star Trek’s James T. Kirk was in this scenario as a cadet during a Starfleet test called the Kobayashi Maru.  The point of the test was to stick a cadet in a Starship simulator where they must rescue a disabled vessel that wandered into enemy territory.  In doing so, the cadet finds himself defending his ship against multiple enemy battle-cruisers in a hopeless confrontation.  Even if the cadet does everything right, he will still fail.  The ship always gets destroyed.  Always.

This of course, is the whole point of the test.  It’s for command to see how the cadet handles failure.  It’s a test of character, not of success, and we need to remember that these are not the same thing.  How we move past our failures is what defines us.  Any dimwit can win a trophy if they club enough legs of their fellow competitors.

Where this often rears its ugly head in life is when trying to find a mate.  If you’re having a repeating history of failed relationships, then congratulations.  You’re probably a blind idiot that deserves everything coming your way.

Relax.  I was once this idiot too.  Repeatedly.

Metaphorically, Starfleet Command has ordered me once again into the Date Simulator.  If I can successfully win over Jane’s affections before the end of the evening, a squadron of Klingons will be denied laughing at my expense.

Jane was an interesting sort that I had no business going after.  She was a high-school dropout, and in hindsight a bit of a tramp.  No, I shouldn’t say that.  I would later learn she was a complete tramp.  But since I was eighteen, such trivial matters, like who would make a good mother for my children, did not concern me.

In my misguided zeal, I thought it would be a romantic gesture to have a candlelight supper for her birthday.  This is because when I did things, I had to go full-Spinal Tap and crank that baby to eleven.  If I backed it off to a five, I likely wouldn’t have terrified so many poor young women.

My plan required some friends in high places.  In this case, Nathan thought that if I was going to do this mad stunt then I had to do it in style.  He worked at a higher end department store and would occasionally acquire candle-holders, a tablecloth and fine cutlery.  I’m not going to reveal how he got them, but lets just say I assume the statute of limitations for petty theft is past.

Regarding Jane, the warning signs were all over the place.  But as usual my internal radar had a big “out of order” sign on it like a soda machine that dumb kids feed quarters in the vain hope of a payoff.  This of course was just normal for me at the time.  My ideas of romance were picked from movies which unfortunately always portrayed the fast-track to success.  Poor Jane.  The girl had no idea how awkward the night was going to be.

I assumed…and there will be a lot of assuming before this evening ends…that something simple would be more romantic.  As such, pizza came to mind.  Really, what could be more of an aphrodisiac than candlelight, Kenny G and a coupon deal from Pizza Hut?  I know, just about anything.

What else?  Oh!  Wine!  Up until this stage of life I had never bought a bottle of wine.  I can’t stand the taste of alcohol at the best of times, so I had little experience.  Unless I was going to pick up a cheap six-pack of Molson Canadian, I was flying blind.  Wandering the liquor store with no clue, I did my best to pick something out.  Hey!  Dry wine!  I heard that dry beer had less of an aftertaste so of course wine must work the same way.  I was a freaking genius.

The night came and I went over my checklist.  Mood lighting: check.  Soprano saxophone: check.  Complete mental delusion: double check.  The doorbell rang which meant the delivery-dude had arrived with my Spanish Fly in a box.  I paid for the meat-lovers deep-dish and proceeded to stiff my friend Bryan of a tip.  With these weapons of romance mine alone to command, I was ready to rock.

I pick up Jane that evening in my dilapidated 76 Mustang that didn’t even have the decency to possess an 8-cylinder.  I had put up a new set of fuzzy dice on the rear-view mirror to show I was a man of sophistication and style.  No question, she was under the impression this was just going to be a benign coffee date.  Sensing the change in plans, the poor girl is already nervous.  Not nervous in the “I like him” sense either.  Kind of in the “I hope I don’t wind up dead in a gravel pit” sense.

The door to my apartment opens and a unique mix of romance and overwhelming terror fills the air.  She’s not saying much.  Now that I think about it, I don’t recall her saying anything.  I take her to her seat where she reclines, eyes occasionally looking at the door.  But it’s ok, I’ve got this.  Captain John is in the pilot seat and he’s got two tickets to paradise.  The unkosher aroma of dead pig and discount pepperoni fills the air.  This. This is what love must smell like.  I pause to wonder why Cupid is sitting on my shoulder, shaking his head and covering his face.

Almost immediately the ship takes enemy fire.  I crack open the pizza box and expect smiles, only to get a stone-cold reaction.

Not five minutes into my “date”, I get a Klingon torpedo to the face.  This was bad.  Real bad.

Daft as I was, I already knew at this point the date had blue-screened.  I go for the wine because I’m staring down a Royal Flush with diddly-squat and have no other cards to play.  She declines, which in hindsight was a really smart move.  If I wasn’t driving I considered pounding the bottle back right there.  I could practically smell the fire burning the ship down.  The warp-core had sustained a critical breach and the Engineering Deck was being evacuated.

Then like a bolt of lighting it dawns on me what I have done.

Holy crap, I just asked a girl to come over to my apartment to eat cheap pizza and get liquored up!  This wasn’t romantic…this was something from every woman’s nightmare!  I was in the process of doing the kind of thing that creeps who put roofies in the drinks of unsuspecting ladies do.  With all cylinders in the brain-engine now engaged, I now wanted this disaster of a “date” to end as fast as she did.

She nods politely, hoping that doesn’t mean I’m planning on wearing her skin.  “Yeah, sure.”

Between the time we walked in the door to the time we left, it had been maybe 15 minutes.  Fifteen minutes that felt like an eternity in limbo.  The ship had been blown to bits and the crews’ bodies were being eaten by space-tribbles.  Only thing left was to call in the cleanup crew.  Kobayashi Maru had claimed another victim.

I pull up to her house and at least tried to be cordial, given the situation.  She says, “thank you” and before I can say “you’re welco…” she’s already out of the car and has the door shut.  Considering that I didn’t get a face full of dog-spray, I’d say that ended as good as could be expected.

I drive away and mentally berate myself for being so incredibly clueless.  With not much else to do, I head straight for my apartment, walk in, toss Kenny G in the garbage and grab a slice of cold pizza.  Looking at the bottle of wine, I conclude it ain’t gonna drink itself.  So I take it, the meat-lovers, a VHS copy of Robocop and head for the couch.  I just wanted to forget the whole thing ever happened.

Suddenly the room lights change to red and sirens ring loud as the door to the Date Simulator opens.  The fog-horn winds down and slowly, the silhouette of Admiral Kirk makes his way towards me, clipboard in hand.  I stand to address my superior officer, holding a bottle of cheap booze and a piece of pizza sticking out of the side of my mouth. 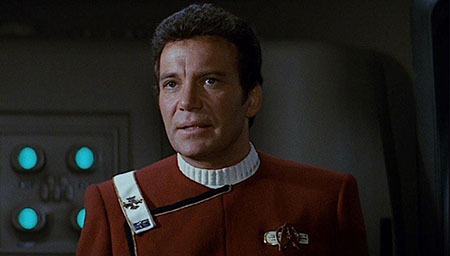 He looks around the room and takes a slice of pizza off the table.  “Cadet, have you perhaps considered celibacy?”

NEXT – Chapter 25: You Gotta Have Faith