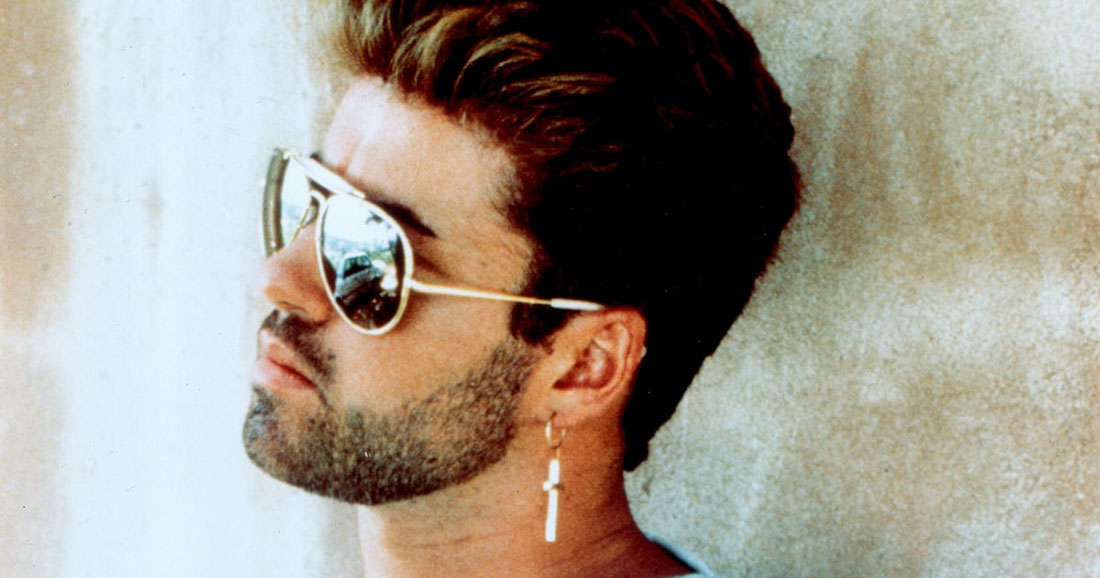 My older sister had done a good job getting me started in fashion, but now I was starting to make decisions on my own.  Some good, some bad, some ugly.  Let’s cover the good first.

Back in the late eighties, there was one style secret that a few guys stumbled upon.  I suspect this trend found new footing thanks to George Michael.  The ear ring.

I had considered the possibility of getting stabbed in the earlobe for some time, but likely avoided the situation due to several factors.  One, McDonald’s had a policy of no ear-rings for men ( today they clearly don’t care in the slightest ).  And secondly, just not a fan of sharp things going into my head.

Nathan was the first to step up to the plate and prove his manhood.  And I concluded that it indeed looked pretty darn good on him.  It added a bad boy flair that chicks go crazy for.  So I hear.  I have no personal evidence to back that up.

So with several hilarious dating attempts behind me, I figured any style advantage was worth pursuing.  I booked an appointment with a hair salon in the Brandon Shoppers Mall that would do the dirty deed for $15.  Genuine gold-plated ear-stud included.

The way it worked in 1989 ( no idea what is done today ) is that the ear-ring goes in the left ear.  If it was the right, then obviously you were into dudes.  If both ears, then pursuing a career in piracy on the high seas was in order.  I made damn sure the man with the nail-gun is going to the proper side.

“You ready?” the barber asks as he daps my lobe with an alcohol swab.

“Yeah, just let me know when…”

A sharp stab in the ear-lobe later, it was done.  I wince and deliver a subtle stink-eye to the barber.  But hey, this is what I paid for.  I take a moment to assess the look.  I nod, and conclude I made the right call.

The instructions for the first couple weeks were to daily disinfect the stud until it healed.  After that I could track down George Michael’s cross ear-ring and render useless the defense mechanisms of countless hot women.  The key instruction was to disinfect and leave the dang thing alone.  No removals.

That ass-clown Ronald McDonald had different plans.  The managers were not impressed by my impulsive disobedience of their dress code.  So I had two options;  lose it or lose employment.  So I did what I felt was a compromise, I took it out while I was working and put it back in when my shift was complete.  This disturbing of the area greatly increased the heal time and also brought on a minor infection.  Yeah, a swollen ear-lobe looks a lot better to customers than a simple stud.  Good call you dopes.

Nathan’s mom fixed me up though.  She was a hairdresser and had access to a multitude of disinfectants.  As long as I kept that area cleansed the swelling would stay down.  But disinfecting a partially-infected open wound stung like a bitch.

In about a month, it was safe to remove the stud and finally add my most prized fashion accessory, a gold loop.  If I was feeling particularity awesome, I would slip the cross in.  I looked back at myself in the mirror and smiled.

I think even George would have approved.