I had a lot of friends at Vincent Massey, so it wasn’t as if I didn’t like the place.  But I was still having problems performing academically.  I wasn’t stupid, just terribly unskilled at the art of studying.  With crunch time approaching, the idea of another 2 years of school was unthinkable.  I needed to graduate as a matter of survival.  It was simple as that.

So I made the decision to jump ship to a different high school mainly because Crocus Plains High had a reputation for dumbing things down.  Since I too strived for mediocrity, it was a perfect fit.  Plus, Charles and a lot of my friends went there.  It seemed a good idea.

This meant I was for once, on the ball and got registered for a locker early.  Most students had to share, but thanks to my uncharacteristic foresight, I had the thing all to myself and…

It’s a quiet evening and I’m alone in my apartment.  I’m also not expecting anyone, since I’m wearing my karate-gi and had just spent the last hour practicing kata in my living room.  My guess it that Charles or Nathan were stopping by, so I open the door.

I’m standing there looking like I just finished an honor-duel in Chinatown.  I’m unshaven, glistening in sweat and wearing an open karate-jacket.  Indeed, Tamara was gifted with her very own discount Ralph Macchio centerfold.  In retrospect, she should be grateful I was wearing pants.  Tamara takes it with a smile because if it’s one thing John was known for, it was being just a little nutty.

“I hear you’re going to Crocus Plains now,” she says, obviously using every ounce of self-control to keep from throwing herself at me.  Chicks dig martial-arts guys.

She’s still smiling in the doorway but continues, “Do you have a locker partner?”

Tamara graduated the year before, so I didn’t make any connection to what she was driving at.

“We’re locker partners,” she cuts in. 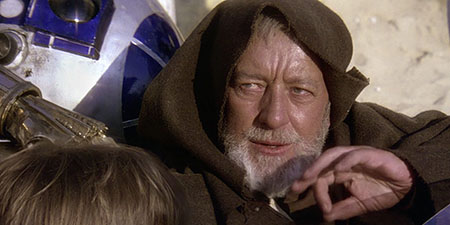 “We’re locker partners,” I said.  Wait, was Tamara using a Jedi mind trick?  I hear the Force has an strong influence on the weak-minded.

I pause for a second to give a playful wink.  “Want to come in and seal the deal?”  Evidently I had developed a flirtatious sense of humor the past year.  Her eyes go wide and she breaks down laughing.  I correctly assume that’s a ‘no’.

“See you there!”  She walks down the apartment hall and leaves.  The entire interaction took maybe three minutes and I close the door wondering what the heckity-heck just happened.

I’ll say this much about Tamara, the girl was a bona-fide ninja.  Not once did I ever see her at our locker.  Books moved, so either my locker was possessed or she was occasionally there.  Maybe she was suspended from the ceiling and waited for me to grab my things and leave.  She did exist though, as I would see her in Art class but we never really interacted that much.  She was just accumulating a few more credits and had graduated the year before.  But other than that, if she were any more invisible I would have suspected she’d found Sauron’s ring.

Unfortunately, a few months into school, I decided to do an unspeakable crime.  A sin so heinous that even to this day I get sick when I think about it.  I have hid this truth whenever possible, but I cannot continue this story without confession.  May the Good Lord have pity on my immortal soul and I humbly beg the forgiveness of friends and family.

I grew a mustache. 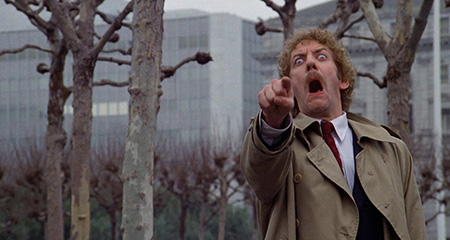 Not just any mustache.  Far from being a peach-fuzz teenager, I had stubble like a gorilla.  So that mustache was as full and black as Tom Selleck’s.  Sadly, it lacked even one iota of his legendary sex-appeal and instead was closer to Weird Al Yankovic.  Whatever badassery the earing provided was instantly nullified.

On one occasion when I did see Tamara ( never at the locker ), she’d mention the thing all right.  She playfully called it “cheesy”.  I thought she was maybe being a little sarcastic.  No man…she was trying to drop a hint!  That filthy abomination out-lived its welcome for months.  And damn it, it also held on just past my graduation photo.  Take my advice young gents…consult respected elders of the tribe before committing to facial hair.

I never really connected on a larger scale with a lot of people since the school was just so dang huge.  It was easy to get lost in the shuffle and I didn’t make a huge effort.  I had Charles, Cory and Chris as friends.  Tamara was sort of an invisible friend like Pete’s Dragon, so I figured 3.5 friends were a good deal.  But the primary mission was to graduate, and 8 months later it was mission accomplished.  I remember seeing my final grades and feeling a rush of relief.  The grades were pathetic, but a pass was a pass.  It was finally over, and I could get on with my life.

When the time came to clean out my locker, I only had a few personal effects taped to the inside.  Women tend to take over the aesthetics of a place.  I remember one item that was hers, a Cure poster that looked like it was copied on a cheap Xerox.  Before locker cleanup, I left her a rose and a card wishing her well.  Nothing romantic ( yikes…learned that lesson! ), just a way of wishing her all the best.  She leaves me the poster with the words, “Goodbye sweet John, Goodbye.”  It was a sobering reminder that life, and people, move on.