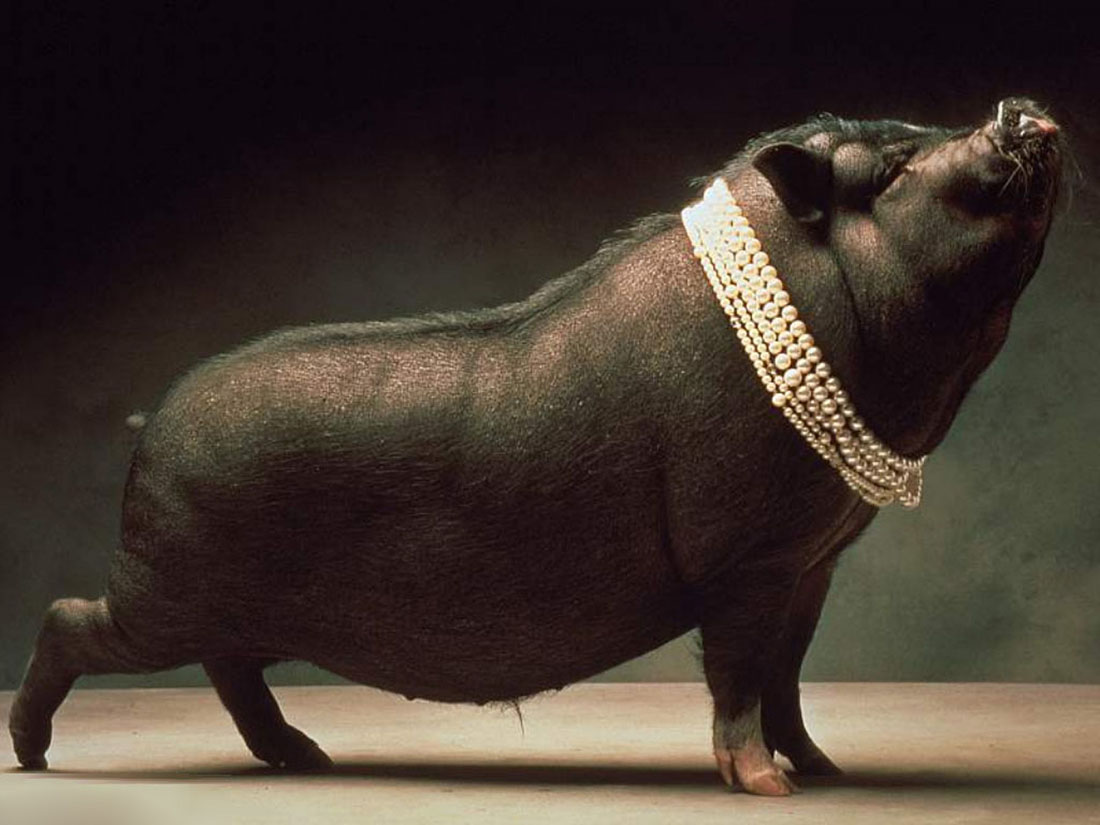 From as far back as I can remember, I’ve always been a spiritual person.  By that I don’t mean practicing yoga and singing Kumbaya off-key at campfires.  It means I have always had an understanding that the God of Abraham, Isaac and Jacob was the one running the show.  Blame my Catholic upbringing.  So based on this, I have never at any time in my life, ever considered myself an atheist.

But don’t confuse this acknowledgement of God as any sort of allegiance.  If God was my co-pilot, He was in that back of the minivan while I had the stereo cranked up.  Catholicism is sort of like that.  You go to church on Sunday ( maybe ) and outsource any spirituality to a celibate guy in a fancy robe.  You also choke down a horrible tasting wafer once a week and just like that, Bob’s your Uncle.  Expect Saint Peter to deliver a high five at the pearly gates with no questions asked.  It was an awesome system.

Not only that, I had it aced in terms of checking off the proper Catholic boxes.  Infant baptized?  Yup.  Altar boy for four years?  Got it.  Payed my dues by getting smacked upside the head multiple times by Sister Marcela?  Oh yeah. Confirmation by an Arch-Bishop in a cool red hat?  Who’s your Daddy?  Considered for a larger role as a priest?  Just hand me the gold medal already.

And it got better.  I even had a close relative who was a nun!  I actually had family that could personally, personally, vouch for me like Vito Corleone.  I felt pity for other Catholics who didn’t have my level of connections.  So did I worry about making it to heaven?  Ha!  I could have killed three Pope’s and still made it into glory with change to spare.

And then Lara, Celeste and Elsa had to come ruin my wonderful delusion.

Those three evangelistic vixens deployed a multi-vector assault strategy.  Lara would provide reading material.  Elsa would talk about her faith and did so with unparalleled confidence.  She did a lot of listening, and in doing so hoped I would hear myself and maybe take my line of thinking to its logical conclusion.  But she didn’t suffer fools for long.

Celeste was a different story.  I’m honestly not sure when she became a Christian.  I’m sure she told me, but such memories are lost in time.  Her strategy was to ask me questions and try to persuade me to think beyond my Catholic world-view.  As you know, by this time I was developing very strong feelings for her.  But that never stopped me from being a hot-headed jackass who spoke first and thought later.  It was, and remains to this day, part of my charm.

Suffice to say, I tested the limits of their collective patience.

I wasn’t all bad news though.  Of everyone in our circle of friends, I’m the only one that defended their right to have an opposing opinion.  Their theistic beliefs didn’t bother me at all, and I even found them to be comforting to be around.  Remember, I liked nice girls so they fit the bill perfectly.  They saw this defense as an invitation to debate, dialogue and challenge.  Elsa would often invite me over for family diner and I would have discussions with her father and family.

Celeste likewise took the opportunity to bring up spiritual matters over food.  I’m guessing I got invited over for meals a lot because I was a single-living guy who looked like he could use a decent meal.  I never refused, that much I remember.

Her family was quite different from Elsa’s.  Her mother and sisters had moved away from her father due to divorce.  Her step-father was a true stand-up Christian man who raised those girls like they were his own.  So of course, they took an interest in their daughters new friend.  I’m certain they may have been concerned as I looked exceedingly rough around the edges.

Elsa was the first to get very serious about the topic.  This hit the peak when over a friendly meeting, she hands me a Bible.  Not a small one, but a big sucker that had serious weight.  I imagine it could kill a poodle if dropped from waist height.  I still have it;  a large print New American Standard version with a faux-leather cover.  I thought it was awesome!  I now had an official Bible of my own to collect dust!  I imagined my Catholic checklist just getting sweeter by the second.

The real trick was to get me to read it.  Once again we rewind the clock to look at Catholic tradition.

While I’m not saying Catholic’s never read their Bible’s, I ain’t saying they do either.  Bibles are keepsakes.  Something to have on a bookshelf in an area where hopefully guests won’t see it.  Many of these Catholic Bibles are large enough to double as a billiards table, so you needed a great deal of motivation to risk taking it off the shelf.

So when Elsa would encourage me to read, for example, John 3:16…I didn’t know what a “John 3:16” was.  Is that New Testament or a pants size for a G.I. Joe action figure?  Was that written by John the Baptist?  Hang on, didn’t he get beheaded?  I have some confusion here I’d like to clear up…

Eventually, painfully, she was able to impart some rudimentary scripture reading skills.  Enough so that I was able to fumble around.  It wasn’t long before my list of questions became a volume.

How is Jesus doing things only God can do?…Can I eat bacon?…I can’t find where it says Jesus was born on December 25th…somebody should make this Revelation book into a movie with Kirk Cameron…

Those girls had the patience of Job.  Any rational human being would chew their leg off to escape the shackles of my company and the amateur questions that came with it.  But wow, they stuck around with answers.  So I would find more questions, certain that this time I would stump them.  And again they would answer, or at the very least get back to me with one.  It became a game after a while.

But even games have to end.

My amateur notions had become reasonably well-informed opinions.  I even studied various other religions in order to expand my arsenal.  Within months I went from dolt to debater.  The girls didn’t mind, as it showed I was at least making an effort.  But after months of talking, they were starting to wonder if there was any point to me.  In other words, they likely considered the possibility that they were casting their pearls before swine.  But there was still one last swing at the ball.

I was able to get Celeste out for an evening supper at a classy place, a Smitty’s restaurant attached to the Shell gas station on Brandon’s north hill where we once again approach the subject.  Only this time, I draw my line in the sand.

“How do you know you are going to heaven?” she asks.

I already know my answer.  “I’m a good person.  I believe in God.  It’s not that complicated.”

She picks at her food, no doubt trying to find the right way to counter.  I beat her to it.

“Celeste, I know what you’re driving at.  But I don’t need ‘saving’.  I’m a decent guy and I’ve got this covered.  You’re a good girl and you do too.”  I try to act cool but she’s not smiling anymore.  There’s something else going on here I’m not picking it up.

“Who is he to you?”  She’s not looking at me anymore, like the answer will disappoint her too much.

“I’m afraid I don’t understand the question.”  I wasn’t being intentionally difficult.  I really didn’t get what she was driving at.

She nods.  “I’m sorry I’ve been bothering you with this.  I won’t bring it up again.”

My answer broke her heart because I saw it in her face.  That is not what I intended to do.   I didn’t want her to not bring it up again as I had grown fond of our discussions.

There was something very final when I dropped her off at home.  Like there would forever remain a barrier when we spoke.  Was she right?  Was I just being obstinate dick?  Well, to be fair I was always an obstinate dick, but was I hanging onto tradition rather than thinking for myself?

It was around 7pm when I got back to my apartment and my mind was racing.  Was I going to spend the rest of my life dodging this issue or just deal with it now?  On the table, sitting next to my old Apple IIc is the Bible Elsa gave me.  Inside was a tract Lara gave that showed verses to read regarding saving faith.

Fine.  I would read and cross reference every last one of those.  I would check the context they were written in.  I would read until my eyeballs dried up.  And so I began into the late hours of the night.

I read how God became man in Christ to live the perfect life I could never live and died in my place.  I learned that nobody is righteous no matter how religious they are.  And I read in countless areas that Jesus is the only way.  No backdoors.  No Catholic discounts.  That kinda sucked.  Hey, does the Pope know about this?

It was now 2am.  I had been reading for seven hours straight.  What’s more, I believed every word.  It was right there in front of my face.  How was it that I was raised Catholic and nobody ever showed me this?  Didn’t they know?

On the back of the tract was a prayer.  A sample of how to ask Christ into your life.  What would happen if I prayed this?  Was I abandoning my upbringing?

I finally concluded I would rather accept the truth of what I was reading, than the traditions I had been told.  So at around 3am, in a small Brandon apartment, I got down on my knees and asked Jesus to be Lord over my life.  In doing so I eliminated the middle-man.  I believed with my heart and confessed with my mouth.  They were just words, but they were transforming.