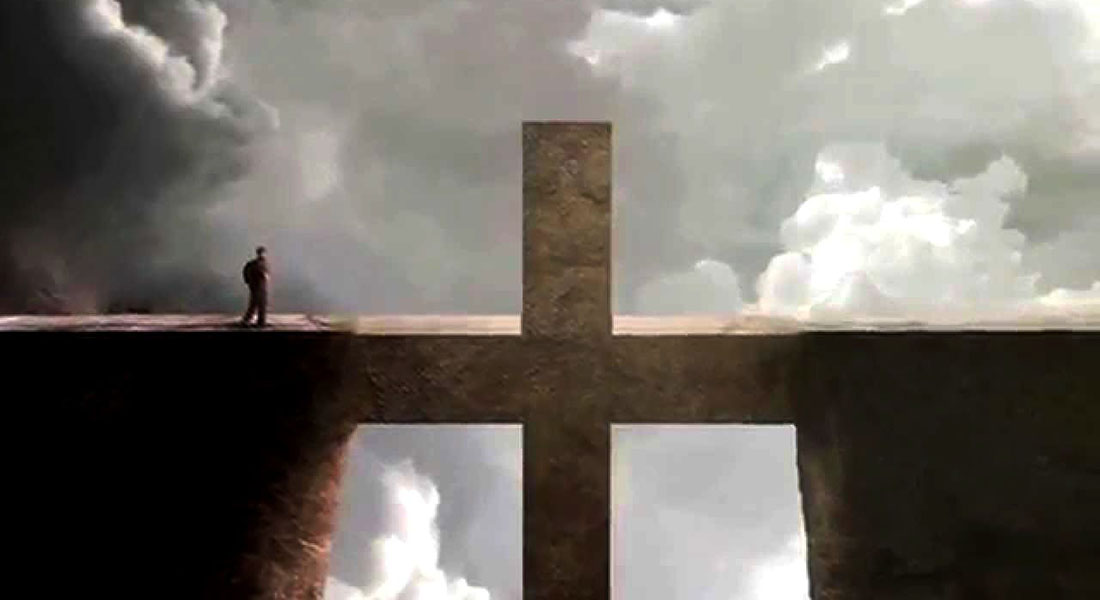 The morning-after becoming a Christian is a little weird.  I woke up feeling transformed, and I’m not just saying that for literary effect.  I looked out the second-story window to the traffic below.  The world was different somehow.  I believed and overnight I was heading on a radically different path.  And boy, I was pumped.  It’s like winning a lottery.  You just want to tell everyone except the government.

The problem was that many would not share my enthusiasm.  Not even slightly.  It started with family.  Want to make your Catholic relatives neck hair stand up?  Tell them you just became an evangelical Christian.  Social stock in your traitorous protestant hide will drop faster than Martin Luther.

My parents called often to make sure I was doing alright because I’m sure they were baffled I’d survived on my own this long.  My mother’s reaction was…unexpected, although in hindsight it made perfect sense.  Her first words, and I’m quoting exact here, were “Oh no.”

Hmm.  Maybe I wasn’t clear.  So I tried to explain better.  It wasn’t helping.  In her mind, she invested years making sure I was raised a good Catholic kid, and now I was tossing my multi-generational heritage away.  I’m sure by the end of that call she must have thought I was about to shave my head to sell magazines in airports.  I was 0 for 1 and hadn’t even had breakfast yet.

I grabbed the phone again.  There were some with a vested interest that needed to know.

“Hello, is Celeste awake yet?”

In a moment she answers.

“Celeste, listen.  I believe.  Last night I prayed and I believe.”

There’s a stunned silence before a single word is uttered.

“Jesus.  Uh, the guy…I’m not cursing.  I believe!  I was up all night reading and you were right.”

Maybe I was talking too fast.  Was I speaking in tongues and not knowing it?  Oh, that would be so freaking cool…!!

“That’s…but you said…”  Her voice was cracking.

“I have some calls to make, but wanted you to know.  We need to talk soon.”

“We need to talk today.”

Arrangements were made and I ended the call, satisfied that I had tied the score for the day.  Next up was Elsa.  Her response was for some strange reason, identical.

That noon at a Boston Pizza and in front of a plate of hot nachos, I sat across from two of the most dumbfounded ladies you are ever going to meet.  Not 24 hours before I was obstinate, set in my ways and a man convinced he did not need saving.  Now I was on their team.  It took some adjustment.  It’s like a lifelong Leafs fan started wearing a Canadiens jersey.

The conversation quickly took the form of an interview, since neither could believe what they were hearing.

“Are you just messing with us?” Elsa asks.  “Because if you are…don’t.”  I could appreciate a subtle threat.

Celeste likewise is stunned.  “But yesterday you were…?”

“A dickhead?” I finish for her.

“Your choice of words.  But basically, yes.”

Always oblivious to the desires of others, I grab a nacho with the heaviest amount of cheese because Messiah or no, I was kind of an inconsiderate jerk.

“Look, I really am serious.  So…know any good churches a guy can attend?”  I wink since I already know the answer.  And just like that, I was now a member of their church.  Change takes time.  But some changes happen in the blink of an eye, when you least expect it.

Finally, I had to talk to Charles.  He wasn’t going to be amused.  This required a one on one, so once again I returned to Boston Pizza in the evening for our usual coffee and nachos.  This was my second plate of cheesy goodness in one day, but one must celebrate when one can.  He starts the conversation by saying how we should try to unchain Celeste and Lara from their silly Christian beliefs.  I take a deep breath.

“Yeah, um…about that.  I have something to tell you that you’re probably not going to like.”

“You see, I did a lot of reading and well, long story short…I’m playing for the other team now.  Happened last night after me and God had a heart to heart.  To be honest, it surprised me too.”

“I don’t buy it.  You just want to get into Celeste’s trousers.”

Charles’s British vocabulary was always off in the most creative of ways.

“Her pants.  You mean I want to get into her pants.  Gaa…nobody says trousers in Canada!  You make it sound like I want to shag my grandmother.”

“Well do you?” he persisted.

“It would make Thanksgivings very awkward.”

“Celeste!  You’re just believing because of her.”

“I absolutely am not.  Come on, you know I’ve never been an atheist like you anyway.  Consider this a natural progression of…whatever the heck I was before.”

The nachos get colder as he gives me the stink-eye.  “Did she talk to you beforehand?”

“Well…yeah.  But we always talk.”  I’m starting to get a little defensive with the line of questioning.  “Maybe you should consider the possibility that the hill you’re choosing to die on is the wrong one.  I was just as against this as you, but here I am.”

“Yeah.  Here you are.”  The disappointment in his voice was palpable.

We finished our nachos and I did my best to make him feel welcome, but Charles felt betrayed.  For a while we tried to change the subject but I had such a hard time.  I was legitimately happy and wanted to tell the world.  Charles was just not in the mood for any of it.

“What if she won’t go out with you?  Are you still going to play the role of a Christian?”

“For the last time, I am not doing this for her sake or her trousers.”  What Charles said bothered me for two reasons;  One, that he felt my decision was based purely on hormones.  And second, was Celeste really not interested in me?  I didn’t even want to entertain the idea for a very important reason.

I was preparing to do something incalculably stupid.