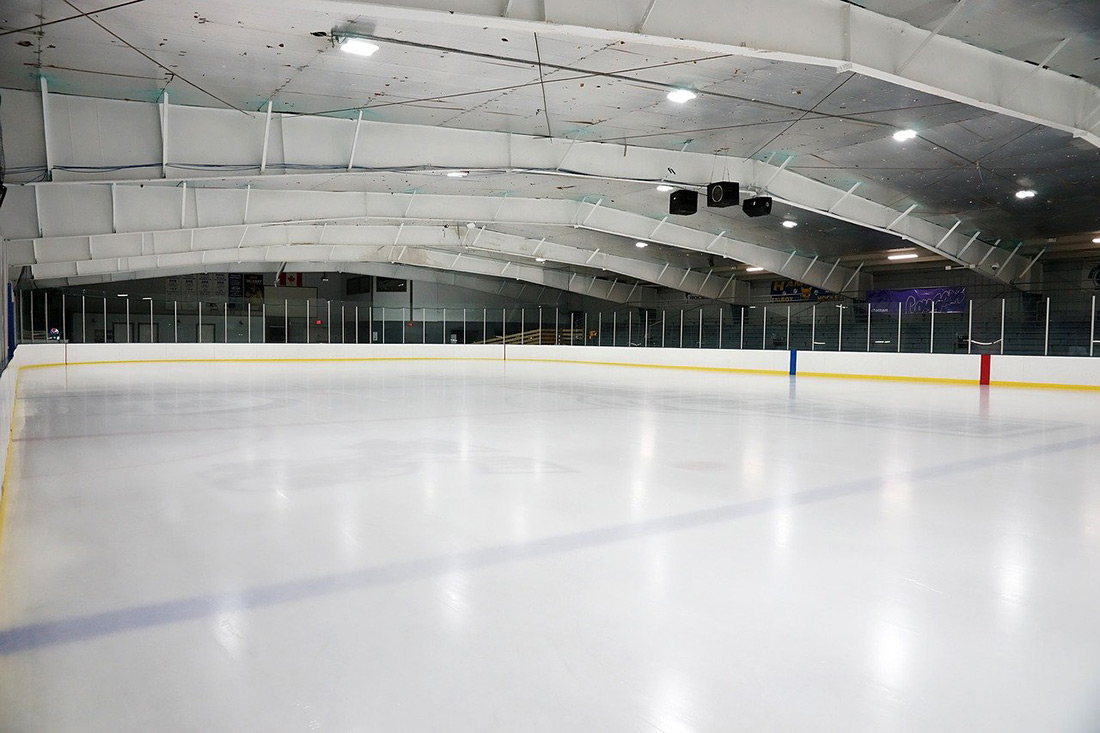 When a boy grew up in a small Canadian town during the 80’s, he was enrolled in hockey.  Enrolled might be too tame a word.  “Drafted” is clearly more appropriate.

At six years old, I wanted to play hockey so bad it was all I could think about.  Dad would always watch a game and the excitement of men trying to get da puck in da net was addictive.  We would play in the basement where it was clear I was destined to be the next major NHL superstar.  Sometimes Mom would break out the old film projector and I would see a few clips of Dad, young and skating down the ice on a breakaway.  He looked so confident, like a hundred men couldn’t stop him.  So naturally, when the local hockey club accepted kids my age, away I went with a smile on my face.

To be honest, it’s not like any of us lads would have had a choice.  Every dad was there to make sure his son maintained the family honor.  It didn’t matter if you were the skinniest runt of the litter.  Lace up the skates, slap on a jersey and try not to piss yourself when you get on the ice.

Dad, bless his soul, really wanted me to be good out there.  But what he didn’t count on was a kid whose head was full of stories and adventure.  Actually, a lot of times I’m not sure my mind had anything going on.  Kind of like the Indian Head screen-pattern of old that was on the TV during off hours.  Well, that was me during hockey games.  On the ice, but young John’s mind was paused for station identification.

These days, most parents would accept that their son was probably not cut out for this sport and enroll them in badminton.  But that wasn’t 80’s small town thinking.  Your sole option is to pick up the stick, get your ass back out there and be an NHL protégé.

My time on the ice coincided with coach losing most his hair.  A game would be tied and, oh crap…we have to put John out there?  He now had to change tactics as if to compensate for being down a man.  Clearly I wasn’t just bad.  I was useless.

Allow me to provide a fine example; being offside.  No matter how hard they tried to explain it to me, I couldn’t grasp this concept.  According to Wikipedia:

My constant sin of being “offside” was wearing a hole in the patience of my teammates and coaching staff.  A couple times I was put in the penalty box just so the game could enjoy some uninterrupted play.  Coach didn’t object, and neither did I.  I thought the box was nice.

You might wonder if I ever scored a goal.  Well, yes and no.  Up to this point I had endured four long, dry, painful, scoreless years.  I was the only kid with no notches on my gun.

So here we are…there’s a breakout in front of the opposing teams net and I’m a wingman just trying to stay out of the way.  Like always, I avoid the struggle because it just seems a little aggressive in there.  Suddenly, the puck flies out and heads towards me.  Miraculously it lands on my stick.  To my sheer panic, everyone begins to converge on my location.  It was time to lose the hot potato, so I randomly toss the puck away.

Off a skate, off the post and into the net.  Like a Rube-Goldberg machine, my puck scores.  My teammates sticks raise in celebration and I’m just confused.

You gotta be effing kidding me.

So yes, technically I got one goal.  With my partial victory in hand, I hung my skates up at the end of that season.  Always good to end on a high note.  If it was any consolation to Dad, my younger brother turned out to be a much more capable athlete, so it found a way to balance out.

CHAPTER 5: A Fate Worse Than Death