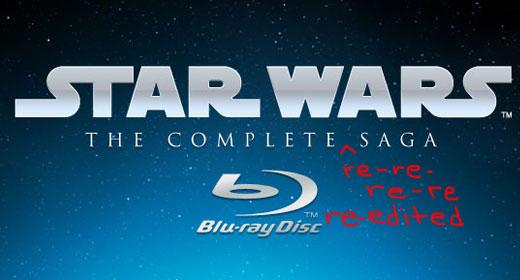 George Orwell described revisionist scum sucking degenerates best in 1984 by depicting poor Winston Smith destroying any recorded history as deemed unfit by the mysterious ruling Big Brother.  Only now the roles are slightly reversed as George Lucas dances merrily to the shredder in an attempt to replace a masterpiece with a steaming pile of crap.

To be clear, I’m talking about the original three Star Wars movies.  The prequels were stillborn abominations straight from the uterus of damnation, and unless the plot is changed to have Jar Jar shot between the eyes ten seconds into his character being introduced, nothing will help them. 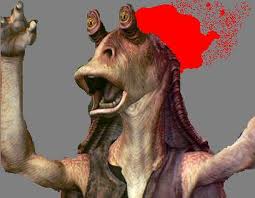 Why bring this up?  Look no further than the soon to be BluRay Star Wars Saga that will have every bastardized re-edit and cringeworthy CGI brain-fart from 2004 smashed into the package.  Greedo shooting first, Han stepping on Jabba’s tail, Mos Eisley a recreated CGI mess, the redone explosion of the Death Star…and the icing on the turd, Return of the Jedi replaces Sebastian Shaw as the spirit Anakin Skywalker with “no I love you Padme” Hayden Christensen, star of the prequels.  Why?  Because we’re apparently too stupid to make the connection.  Therefore George feels that the original films in their original form must be abolished and replaced with their re-CGI-ed dopplegangers. 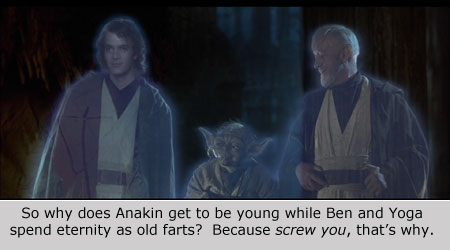 “In essence, films never get finished, they get abandoned. The other versions will disappear.  A hundred years from now, the only version of the movie that anyone will remember will be [the Special Edition].  I think it’s the director’s prerogative … to go back and reinvent a movie.”  Lucas, 1997 Cinematographer magazine in a bipolar state.

By that logic, we should feel free to alter any movie we want and make no reference to the original because well, screw you…that’s why. What the Wizard of Oz clearly needed was CGI monkeys and Dorothy showing more cleavage.  Cleopatra was obviously missing bigger explosions, machine guns, and more cleavage.  And you can’t tell me that Ben Hur couldn’t benefit from anti-gravity chariot races and more cleavage.  Mary Poppins?  A terror-cell sub-plot, hot cars and all-out Julie Andrews “spoon-full of sugar” cleavage. 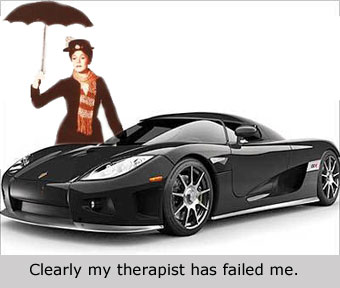 Lucas’s posturing about cultural legacy when it comes to his beloved black-and-white classics should be all we need to realize this man’s loaf is only half baked.  The legacy of Star Wars was defined the moment the first film opened in 1977.  By his own standard that means the films now belong to audiences, in their original, unaltered form.  In fact, the how the original was so good, and subsequent attempts so BAD ( no, Empire was not directed by Lucas ) shows that even a blind squirrel can find a nut from time to time.

Such arrogance on the part of Lucas forces me to invoke the nuclear option…the Star Wars Holiday Special.

Do you remember the Star Wars Holiday Special?  No?  Well ask George about it sometime and watch the man spontaneously combust like Dracula in sunlight.  Imagine a trip to Vegas…buying hookers…loosing your money…getting AIDS and then explaining it all to your wife?  This regret is 1000x worse.  And gloriously so.  In fact, if you can make it past the “And special guest stars Art Carney…” and NOT wash out your eyes with bathroom cleanser then you’ve got the intestinal fortitude of a seasoned SS solider.

No, history demands that George live with the consequences of his cocaine binge and have that steaming “Very Special” turd pasted all over the internet as punishment for his arrogance.  If you haven’t seen it then be warned…it is not for the faint of heart. Carrie Fischer sings while drunker than an entire Cancun night club during spring break.  Harrison Ford is clearly there under duress and must be contemplating suicide.  Mark Hamill amazingly hit an even lower point in his career than Corvette Summer.  Hell, even the midget in R2D2 is sniffing glue in a vain attempt to cope with how the universe has turned on him so mercilessly.  You can’t even enjoy it because you’re too busy pitying the participants.

Star Wars is what it was. The modern remastering of the footage to include tons of filler are like giving the Mona Lisa a fresh coat of cheap paint and a few aliens in the background. It’s a shame that the fans alone will be the ones to keep the legacy alive by preserving copies in spite of the short sighted, hypocritical idiocy of their creator.  So tell you what George…you call off the CGI hounds at Skywalker Ranch and restore the film to its original state and maybe…maybe…we’ll see what we can do about burying that Christmas Special.

Until then George, I hope it wakes you up every night screaming.