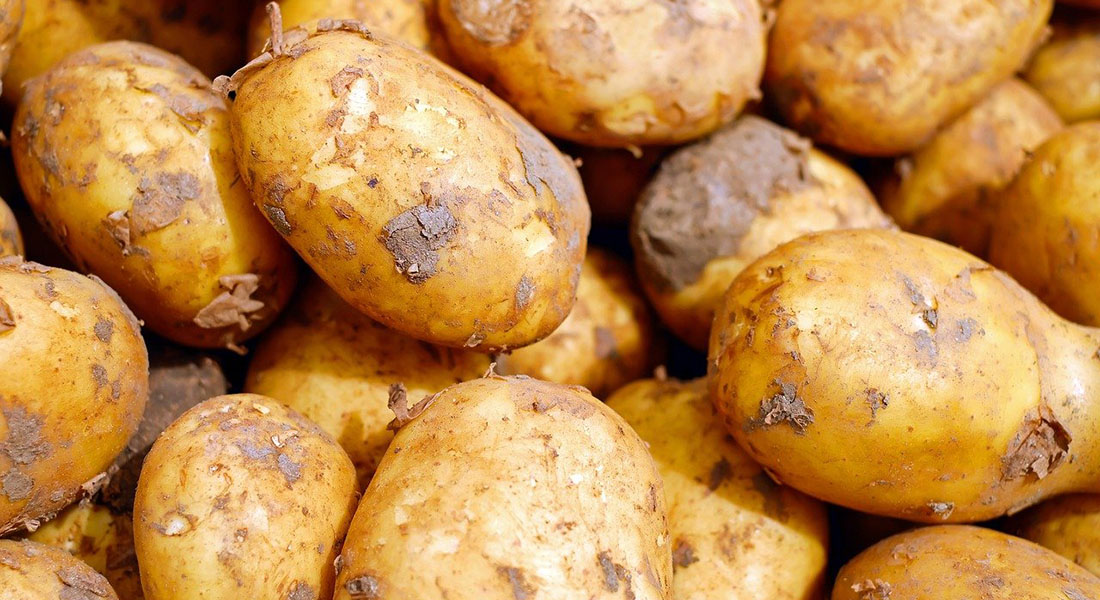 I had made the conscious decision very early not to get an apartment in Brandon again.  You might say the drug-den experience left an impression.  Not to mention, I needed every ounce of money saved that I could muster to launch my ass out of Manitoba for good.

My plan was simple, if not the very definition of drudgery.  Work for the local potato processing plant in Carberry, Manitoba as a summer worker, and gain enough cash to get established out west again.  Try to imagine a potato going by.  Then another.  Now multiply that by a million.  That was my job.  Eight hours a day, five days a week.  Making sure you had the perfect bag of fries with your stupid happy meal.

Everyone who worked there looked as I did; shell-shocked.  A bunch of university kids who had fun during the school year but were now paying the piper.  It was good money, so in that sense it beat the heck out of slumming it at McDonald’s.  The hourly pay was at least quadruple.

But that wasn’t the hardest part.  Living at home was, well…difficult.

At the best of times, I’m not the easiest bloke to get along with.  How my wife hasn’t laced my coffee with cyanide is a testament to her iron will and tenacious German/Jewish heritage.  But because I wanted to save every dime possible to move westward again, bumming accommodations off my parents was the wisest choice to maximize savings potential.  They also lived closer to the spud factory than Brandon.  Much closer.  And indeed, it did help tremendously.

The trouble was, for years I had my own place and now I was effectively living in a mobile home on an acreage with my parents.  My work hours were all over the place and I was exhausted beyond comprehension.  I had just gone from a college where I was surrounded by like-minded individuals and a hot girlfriend to an environment where I was pretty much alone and sleep deprived.

The culture shock was a bitch.

At first I would wander back into my small hometown, but eventually chose to avoid it altogether.  I didn’t like the sense that after all this time, I had fallen to earth and landed back here.  I consoled myself with the knowledge that if I could just suck it up until Fall, I would have enough money in the bank to comfortably make my final escape.

Oh look, another potato.  And another.  So how does one survive such a mentally numbing experience?  Well, it starts with the opening credits to Star Wars.  I’d seen the trilogy enough to mentally play it back in my head.

A week into my exile, I received my first letter in the mail from Corinne.  Canada Post took about 4 days one way.  This was 2 years before the Internet was even a thing, so no texting, Facetime or e-mail.  If a guy wanted to connect with a girl, communication skills were a must.  I opened the letter like it was Christmas.  Hot damn, there were also some pictures inside!  One in particular has very special meaning.

In it, she was outside holding her cat, “Pebbles”.  Her long hair is tied behind her and she’s dressed in farm clothes.  I took that picture and placed in it a small album.  That album sat on the passengers seat of my car and just before I left to do another eight hours of midnight potato inspection, I would look at it.  And then things would be better.

For over four months the exciting world of bruised spud management haunted my dreams.  During that time me and Corinne wrote and called each other quite a lot.  Neither of us were prepared to just let the relationship fade.  Our parents were extremely gracious, and allowed us each a one hour phone call once a week.  Knowing my ignorant hide, I probably didn’t even offer to help with the long-distance charges.  But Corinne’s voice made the potato nightmares drift away.

And still we decided to stick to the plan:  Get through this time apart and reconnect in Alberta.  Maybe even sneak in a visit to her place and meet the family sometime in July.

With that end-goal in sight, each potato didn’t seem so hopeless.  It was just one spud closer to freedom.

Ok, I could do this.

NEXT – Chapter 86: Blast from the Past