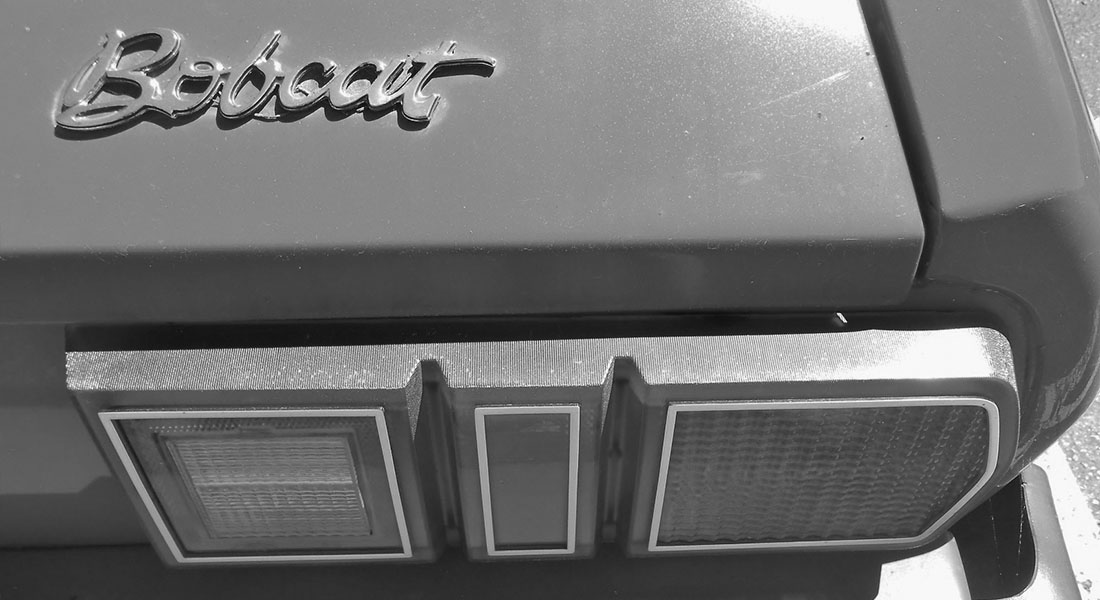 The potato sorting factory boasted a “serviceable” cafeteria.  Odds are the burgers had more soy than actual meat, but anything tasted good when lunchtime came around.  Suffice to say, I rarely had fries since I’d seen more than any man should have to.  At a table in the corner sat a lone individual.  It couldn’t be…

He looks at me, likewise surprised.  True, we didn’t part on the best of terms but that was years ago.  I couldn’t wait to hear where he had gone and what adventures he had to share.

“Hey, whatever happened to the Bobcat?  Still around?”

I took that news like a death in the family.  That jalopy got us both around before I had my own wheels.  In many ways, I felt like it was my first car.  But nothing, especially a Pinto, lasts forever.

“So, what brings you to this dump?” he says.

Of course, I remember our juvenile tales of phony conquests in order to impress the other.  “No, really.  Not a made up girlfriend from the States.  Me and Corinne met at college.  I’m just putting enough dough together to get me to Alberta in the fall.”  I break out my wallet and pull out a picture of my true love.

“There, photographic evidence!  And I didn’t pull that from a store frame either.”

He looks the picture over and hands it back.  “Got yourself a looker I see.”

“You my friend, have impeccable taste.”

He scarfs a bit of his burger far to big to be chewed effectively.  Now that’s the Barry I remember.  “So, which college?  Red River? Assiniboine?”

And here friends, is where Barry got off the train.

“Oh.  What crap did they teach you there?”

My heart sank somewhat, as I could sense the animosity.  You get used to it fairly quickly in this business, but I tried to be gracious as he was an old friend.

“Well, you know.  Bible stuff.  It’s implied in the name.  I was been firing off in a lot of directions beforehand and though a little grounding would be a good idea before I got too far off target.”

He says nothing.  Weird.  In the old days you couldn’t shut him up.  In between bites anyway.

“And hey…got a nice girl out of the deal!”  I’m trying to break the tension but having minimal success.  He’s now paying more attention to the burger.

“Not really.  You?”  The man certainly wasn’t overly talkative.  Had I done something?  I tried to continue to carry the conversation.

“Well…I guess there was high school.  Then a flopped semester of University chasing skirts.  Was a cook in the Rockies for a while.  Just came back from Saskatchewan…and now fulfilling my childhood dream of inspecting spuds.”  I pause to reflect.  “Yeah, the last two years have been warp speed.”

He nods his head, but isn’t saying much.  It became clear very quick that Barry had gone nowhere, and had done nothing.  His life had remained tragically static.

“Um, is something wrong?”  My mind tried to think if there was some slight I had done to him in the past.  If so, it couldn’t have been anything substantial.  Then the bomb drops.

“No.  Just don’t decide to start preaching to me.”

Well, that was a dick thing to say to an old acquaintance.

“…ok?”  Really wasn’t sure how to respond to that, so I let it go.  The lukewarm cafeteria burger was calling louder to me, so I thought maybe now was a good time for more eating and less talking.  Suffice to say, I didn’t wander over to Barry’s table again.

The event baffled me for some time.  But young people do young people things.  And while in the moment it bothered me, I suppose I kind of get it.  It was clear I was moving forward while he was exactly where I left him.  My faith was just a convenient lashing out point.  A bit more understanding on my part wouldn’t have hurt.

I’m certain Barry has since grown up, like we all do.  One of these days I’m going to have to find out whatever happened to that guy and no doubt laugh our asses off at the “old days”.