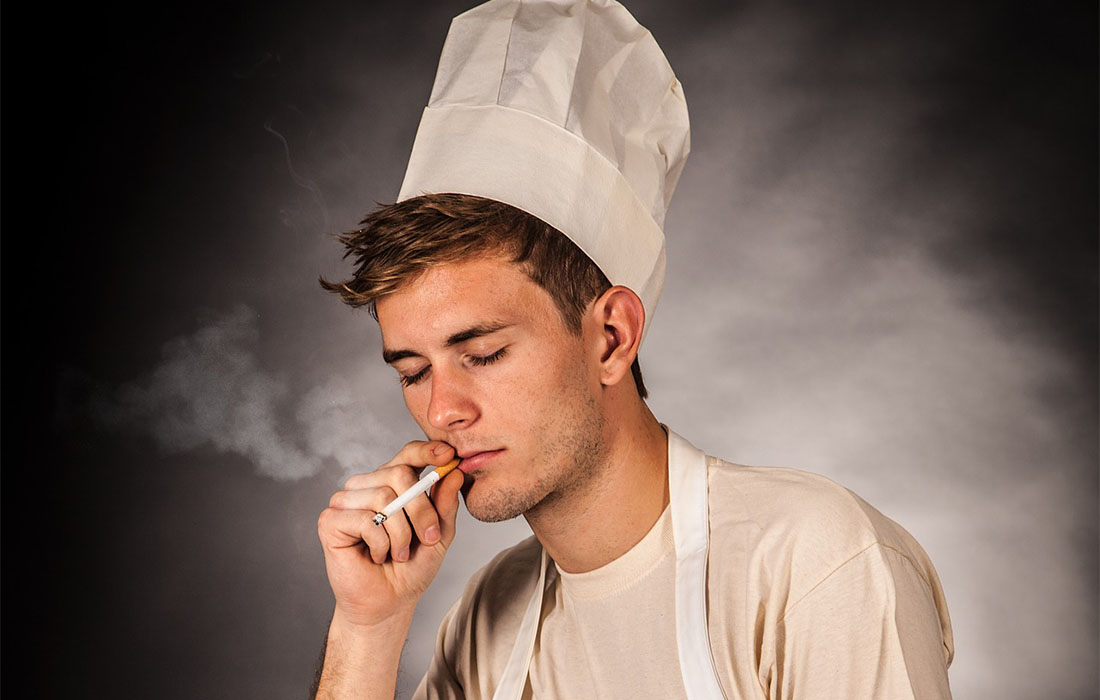 “But let me get to the point, let’s roll another joint.
And turn the radio loud, I’m too alone to be proud.”
– Tom Petty

Keeping my distance from Chantal, the redheaded vixen seemed to meet with Pack-a-Day Tom’s approval.  If I had to make an educated guess, I’d say Tom was on the receiving end of a STD and harbored no small amount of bitterness towards “French girls” for his own bad decisions.

Tom was what you would envision a prairie head-banger to be: born and raised on a steady diet of AC/DC, Kick Axe and weed.  He was an intense personality that could be fun or over-the-top which I assume depended on the grade of pot he smoked that day.  I on the other hand, had a very distinct reputation in the kitchen as being the Boy Scout.  A mild-mannered Clark Kent but without any super powers.  In this den of debauchery, I was probably the equivalent of a koala bear.  But for reasons that defy understanding, me and Tom seemed to work well off each other like the Odd Couple.

Around this time I remember wanting to head into Banff and watch the latest Star Trek movie, The Undiscovered Country.  Not so deep down, I was always a sci-fi nerd so how could I resist?  Tom and Jake wanted to hitch a ride in my rusty Omni so off we went.  Tom brought a friend who as I found out half way to Banff, was rollin’ doobies in the backseat.  Remember, I’m the straight laced dude so as prepares to light the devil’s lettuce, I lay down the law.

“Nope.  Not happenin’, brother!”  Dang it, I was talking like Hulk Hogan again.  They reluctantly put their contraband away and I have officially been demoted to the status of chaperone.  “Here, read this.”  I grab a pocket New Testament from the glove compartment and throw it in the backseat.

“Wow, thanks man!” Tom says.  Weird that he sounded genuinely happy.  Who knows, maybe a little tough love is all these guys need to start making good life choices.  A few seconds later I hear muffled tearing sounds.  I turn to see them ripping out pages and…oh, you have to be kidding me.

“What the…are you making joints out of my Bible?”

Tom looks like a twelve year old with his hand caught in the cookie jar.  “Yours?  I thought you gave this to us?”

“To read!  I gave it to you to read!”  My fault totally.  I gave an unfamiliar item to Tom; obviously he was going to try smoking it first.

We park in Banff and walk to the theater, but need to pause for about ten minutes while Tom and his friend duck into an alley to smoke the Second Epistle to the Corinthians.  Me and Jake just stand there and accept the stupidity of the situation for what it is.  They emerge, and we finally go to the movie.  While I liked the film, I think Tom and company enjoyed it on a different plane of existence.

Suffice to say, those two never joined us on a movie night again since I was now a confirmed square.  Honestly, I liked Tom Petty but wasn’t a stoner?  They could only conclude something has to be wrong with that guy.

Oh, and to the best of my recollection, I never got what remained of my pocket New Testament back.  Safe to say, I’m guessing it quite literally, went up in smoke.