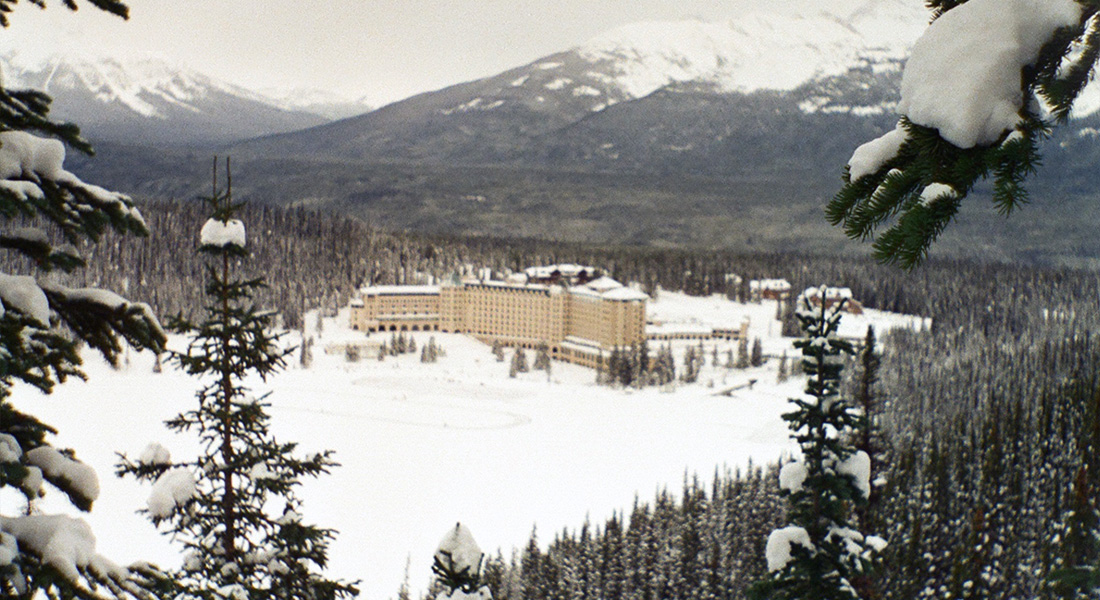 “Whisper words of wisdom,
Let it be.”
– The Beatles

Chateau Lake Louise looks like a toy house from the trail lookout.  Endless mountains have a way of making one feel insignificant, like staring into the night sky.  As was the case most every Sunday morning, weather permitting, I would journey up to my spot and take time to read and pray.  I have to be honest, I wasn’t really making a whole lot of spiritual progress on my own.  This day especially, I was deeply troubled over my recent behavior.  As well I should have been.  I had clearly crossed a line.

I spent every day after the incident trying to look deep inside myself to find out why I was so perpetually angry.  It really all came down to one person…me.

I was angry at the world for not being what I thought it should be.  And I was still clinging to the emasculating nut-cracker Celeste had delivered.  Funny thing though, I wasn’t harboring a crush for her anymore.  By that time I didn’t really care for her in that sense at all.  But that wasn’t the issue…the problem was I just wasn’t over being angry about it.

It was the resentment that I cherished like a comfortable sweater.  That inability to let the failures of others go was starting to turn me into someone I didn’t like.  Someone who was moody, pissed at the world and an all-around sour-puss.  You know, an asshole.

Jesus said you cannot be forgiven unless you forgive.  And it was that unwillingness to forgive that wasn’t hurting her at all.  Heck, I doubt she even gave me a second thought.  But replaying the humiliation in my mind was eating me up from the inside out.  I was stuck in neutral until I could find a way out.

So finally, after months of clinging to my anger over what I had failed to live up to, and anger over a perceived slight to my honor, I decided it was long past time to let it all go.

Sure, I asked for personal forgiveness all the time whenever I did the good Catholic act of parking my sinful backside in a confession booth.  But this was way different.  I wasn’t asking for anything, but rather giving it.  Could a self-centered jerk like me actually change his spots and do this?

forgive us our trespasses,
as we forgive those who trespass against us.

Sometimes in life it’s hard to see the forest for the trees, and for me at nineteen, it was especially difficult.  But it was right there the whole time.  No magic formula and no fancy rituals.  Just do it.  Problem was, I wasn’t sure how.  Contrary to conventional wisdom, being an asshole can be exceedingly addicting, as Twitter has proven beyond any shadow of a doubt.  Swim around in the mud long enough and becoming a full-time pig becomes natural.  But I didn’t want that life.

Maybe if I said it?  Sure, I could do that.  It was just me and the trees, and they looked like they could keep a secret.

Forgiveness is surprisingly harder to put into practice than the brochure implies.  I guess part of me thought it should be easy.  I took a moment to focus and tried again.

My eyes open and the world is still there, the same as it was before.  But now one more person on the planet had forgiven someone, so maybe I found a way to make it a better place.  Still hoping for a sign, the best I got was a curious squirrel.   He looked at me like I was more nuts than he’d seen in a while.

I’m not saying the words transformed me in an instant or anything fantastic.  By any standard, I was still an immature, angst dork.  But the ten-ton boulder I’d been carrying for months dropped considerably in weight to a manageable briefcase of pebbles.  Still, it was a pleasant start.

With those words I extended to a fellow traveler something I should have done at the beginning of this nonsense.  Certainly before things got so out of hand.  Heck, if I had done it even a week earlier I wouldn’t have been in a bar-fight with a complete stranger.  Better late than never, I suppose.

Thus, on a quiet Sunday morning in November on the side of a mountain, I at last learned the value of letting other people be human.