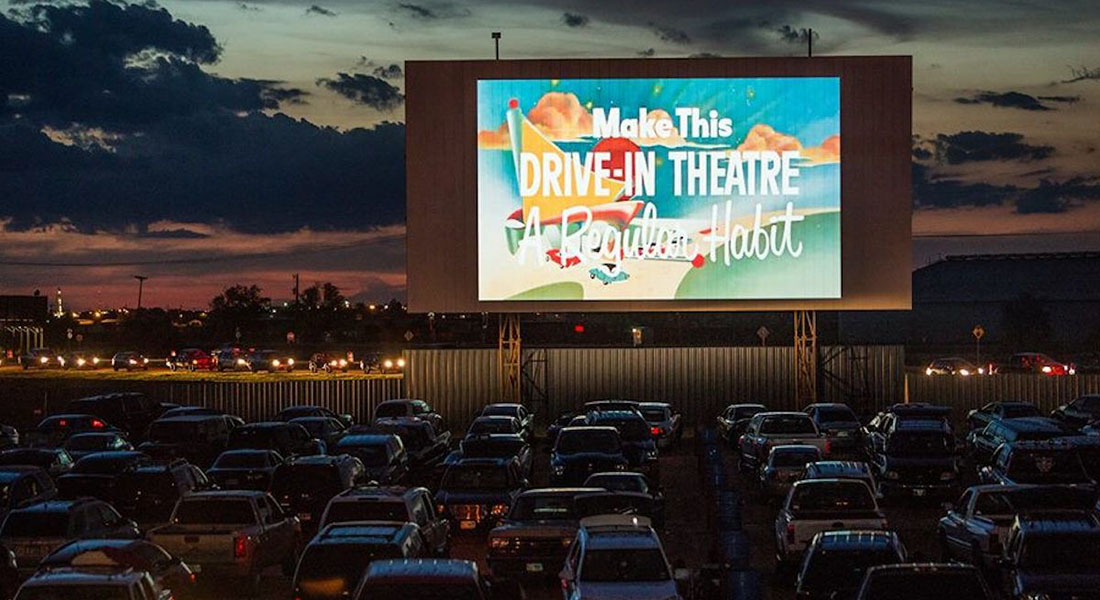 On the outskirts of the southside of Brandon was a Drive-Inn theatre.  I loved it, as in days past I could hide in the most dangerous place to sneak in past the admission booth, the trunk of Barry’s Pinto.  That’s how I got to watch just about all of Schwarzenegger’s 80’s classics.

This particular evening, me and Elsa were enjoying a double-feature.  The second film was a bona-fide bomb, The Year of the Comet.  It was about some lame wine-taster adventure.  By the title I was hoping for a global catastrophe in the form of a flaming asteroid.  It was terrible, but amusing in its awfulness at the same time.  About half an hour into the “plot”, Elsa asks the big question that was on her mind.

“Is it true that you turned Celeste down?”

In a moment more rare that a solar eclipse, I have nothing to say as I go bug-eyed.

“Alice.  She overheard you both.”

“Oh.  Yeah, that was weird.  Don’t be too hard on her, homesickness will do that to a person.  Hell, I should know.”  I think back to not long prior when the same state of mind turned my brain to mush.

“What do you mean why?”  I was over-the-top confused by that question.  “I’m with you!”

She sat back in her seat looking out the windshield at the terrible film playing.  Whoever made this garbage should be shot on sight.  As always, she chose her words with precision.

“We only have a little over a month left.  I would have understood if you wanted to end it early.  She’s going to Caronport too.”

“Yeah about that…” I said.  “I’m withdrawing my application.  Next year would work out better.”

Elsa’s smile disappeared and she got quite serious.  “I thought you’d be happy when you found out she was going back.”

Her words gave away more than she might have intended.  She didn’t entirely trust me, and that really stung.

“And I think I’ve always suspected you would have preferred to be with her.”  Elsa’s not even upset when she says it.  It’s almost like it was an expected thing.

I took the accusation hard.  “Are you kidding me?  You think I asked you out because you’re my consolation prize?”

She’s acted like she believed that’s exactly what she was. “Well, I had reason to wonder.  You two were friends for a long time.  And let’s face it, she’s a tall blonde.”

“I don’t want to be with her,” I adamantly said.

“Answer me this, why don’t you want me to come with you?”

“We’re good friends.  But no offense, we’re not marriage material!  We have different paths.”

“There you go.  Plus, I don’t really trust her and she’d be bored with me within a month.  Then what?”

Elsa went silent, and her expression implied that she believed me.  Surprised, yes…but believing me all the same.  We then return to enjoying the awful dialogue of this film.  In fact, a few lines are so cliché I break out laughing.  And then I turn to Elsa who is leaning back and watching me.

“Promise me you’ll still go this year anyway,” she asks in a voice barely above a whisper.  I say nothing as she continues.  “I just know it’s for the greater good.”

Last time I got hungry eyes like that someone was singing to me in French.  Our eyes locked and we start doing that slow thing where one looks at the others lips in anticipation.  Green lights are flashing around me and I’m being waved into first base.  Han Solo is telling me I’m “all clear kid” as I lean in and so does she.

Suddenly, two uninvited entities show up on my shoulders once more;  Devil John and Angel John.

Devil John assures me that if I kiss this girl, she’s likely going to change her mind and want me to come with her to Prairie.  All my problems would magically disappear and I’ll have college, a girlfriend and my own orchestra playing theme music behind me.

Then Angel John hits me with a low blow.  I would be stealing something from her that she treasured all her life.  Once again, I would fail as a friend because I was only thinking about myself.

I stop, and slowly retreat.  I clearly had a complex about going in for the kill when it came to kissing.

We go back to the movie until the time comes to hang up the ancient speaker and get my girl home.  It’s about ten o’clock and we’re parked in front of her house.  She’s not getting out, but is looking me over like she’s unsure who this guy is.

“You could have, you know.”

“I know.”  On a primal level, I was starting to regret my chivalry because all men are pigs when you get down to it.

I never had a hard time being upfront with Elsa.  “Because you told me you wanted to save the first kiss for your husband.”

I’m not the best at reading people, but this much I knew…she was absolutely blown away.  Stock in John Inc.?  Up 500% easy.  She thanked me and started to open the door as I spoke once more.

“But it was also because I want you to know something.”

“What is that?”  Her attention was all mine as she waited with one foot out the door for my answer.

“You really can trust me.”