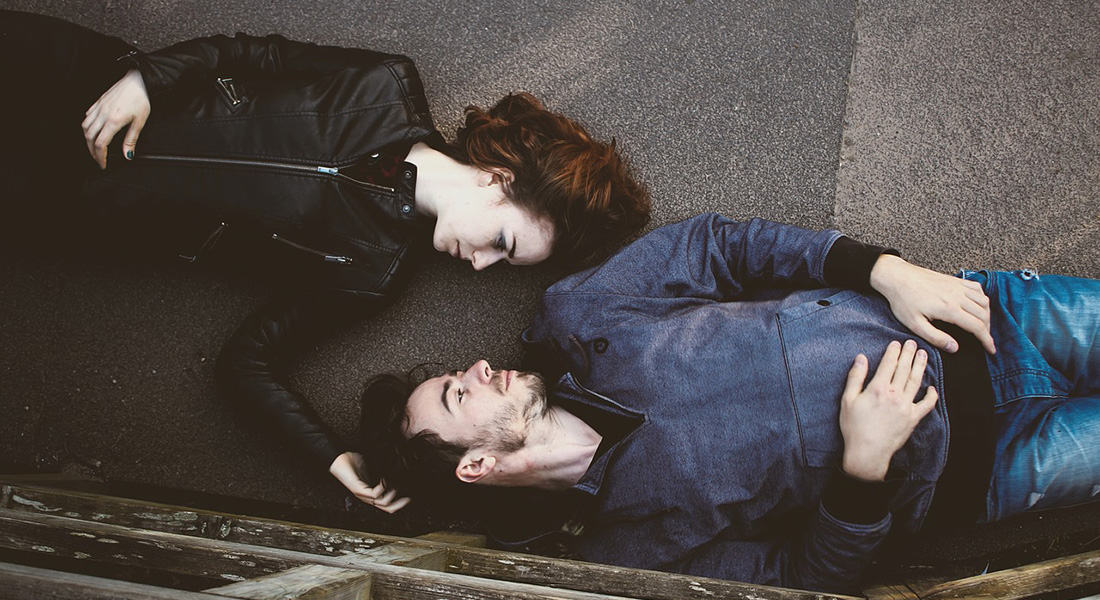 By the time March 1993 was rolling around, me and Corinne were practically inseparable.  Every time we ran into each other she would light up like I was the best part of her day.  Hands down, she was certainly the best part of mine.  Almost daily we would get together in the cafeteria.  Or maybe a walk around the campus.  Occasionally our hands would come together, or her head would rest on my shoulder.

What started as a friendship was now turning into something more.  We were beginning to fall in love.

So lets go over the checklist.  We managed to have a first date go pretty well, despite my trademark terrible planning.  It also was clear to everyone around us that we didn’t have eyes for anyone else.  It just seemed to make the most sense that it was time to stop beating around the bush and make things official.

Given the last several times I had walked this path, I think it’s reasonable to see how I was a wee bit gun-shy about showing my cards to some poor girl who had become a target of my affections.  Each time I was sure in my mind everything was going to work out…and each time it played out way different than it had in my head.  Fact was, I had may more misses than hits.  It made me doubt my own perceptions.

However, I also had a different situation going here too.  Sure, me and Corinne had a great first date.  But then we had another.  And we were always hanging around each other.  So honestly, one could not blame me for making the logical assumption that she didn’t entirely hate my company.

That meant it was time once again to approach the dirty subject of mutual affection with a girl.  And in doing so, my mind was taking a casual discussion and turning it into an international crisis.  It really didn’t have to be so tense.  I could have easily passed Corinne a note saying, “Hey, want to officially go out with each other?”  She’d say “Sure!” and then we’d discuss the leftover steak from Wednesdays that became fajitas on the Thursday menu.

But no, I had to go for a walk because it seems I didn’t know how to do this any other way.

Last two times I did this were not exactly resounding moments in romance.  Celeste froze like a deer before getting flattened by a Mack-truck and Elsa gave me a time-limit.  Like it or not, those events played a huge role in my internal turmoil.  The mere thought of losing Corinne as my best friend made me terrified.

However, the thought of her forever remaining just a friend freaked me out even more.  Could I ever be just a friend to someone who looked that good in running spandex?  Not without an operation to remove some marbles, that’s for certain.

As we walked the campus talking, she knew I was trying to say something and patiently, albeit nervously, just bided her time.  Once we finished the first kilometer of me stalling, we paused in a playground and it was there I took her hand and initiated Operation Get to the Damn Point.  Oh crap, she’s clearly nervous.  Do I go ahead with this?  Abort mission?

“Corinne, I just want you to know I like you.”  I didn’t say it in the shaky, frightened way when I stood before Celeste.  My nervousness was replaced with confidence, because when I was around her, that’s just what she did for me.  It almost didn’t matter what she said now.  That was how I felt and I was proud of it.  Other times I felt shame for admitting that sort of thing.  This time, nobody could blame me for liking a girl like this.

I assess the aftermath.  So far she’s not faking a seizure.  Pupils not shrinking.  She just looks back with those smoldering dark eyes and tells me point blank, “I really like you too.”

We stare at each other, holding hands.  She then acts like she was expecting more.  “And…?”

Always a new response with these things.

“Well, I know there’s only a couple months left of school, but I’ve had the time of my life with you.  I guess I’m asking if you want to officially make me and you an ‘us’.”

She moves closer into my personal space.  “Yes.”

“So, wow…you mean you’re ok with that?”  Hang in there buddy, maintain your current flight pattern.

She laughs.  “Is that what you’ve been trying to say for the last mile?”

Girl was onto me.  “…yes.  Sorry, you must have wondered what the deal was.”

“I thought you wanted to go for a walk to let me down easy!”

The thought never crossed my mind for an instant.  “No!  I just want to…I want to see where this goes.”

No kidding, there was a gentle spring rain and we’re walking in it like there’s a heatwave.  Side by side, hands together and neither one of us wants to let go.

She hesitates to ask, but needs to know.  “So, what happens in a couple months when we have to leave?”

I honestly didn’t know.  Not a flipping clue.  She’s going back to BC and I to Manitoba.  That’s not exactly a morning commute.  But was I going to pull and ‘Elsa’?  Not on your life, pal.

“I don’t know, but we’ll find a way.  I’ll get a job, make enough money and find a way.  This is worth making an effort for.”  And she trusted me, because even then she believed in that scruffy dope.

It was getting late and I needed to get her back to her dorm on time.  I’d already received work-discipline for this girl twice and probably shouldn’t test the good graces of my superiors with a third strike.  They’d have me peeling cafeteria potatoes for a week.

The evening is quiet, but there are occasionally students moving from one place to the next.  I no longer needed to hide my feelings for this girl and hers from me.  We had arrived at this place at the exact same time as the other.  Nobody was going to swoop in at the last second to take this one…the best one, away.  And even if John Stamos tried, a well placed Prussian-Jewish kick to the nuts from my girl would be his reward.

We’re at her dorm and wish each other a goodnight.  I’d have given both kidneys to kiss her right there but with college ending so soon, it was best to keep things in check.  Her words, not mine.  She walks a few feet away but I just have one more question I need to call out.

She smiles and already knows my intentions.  “Yeah, you can tell the boys!”