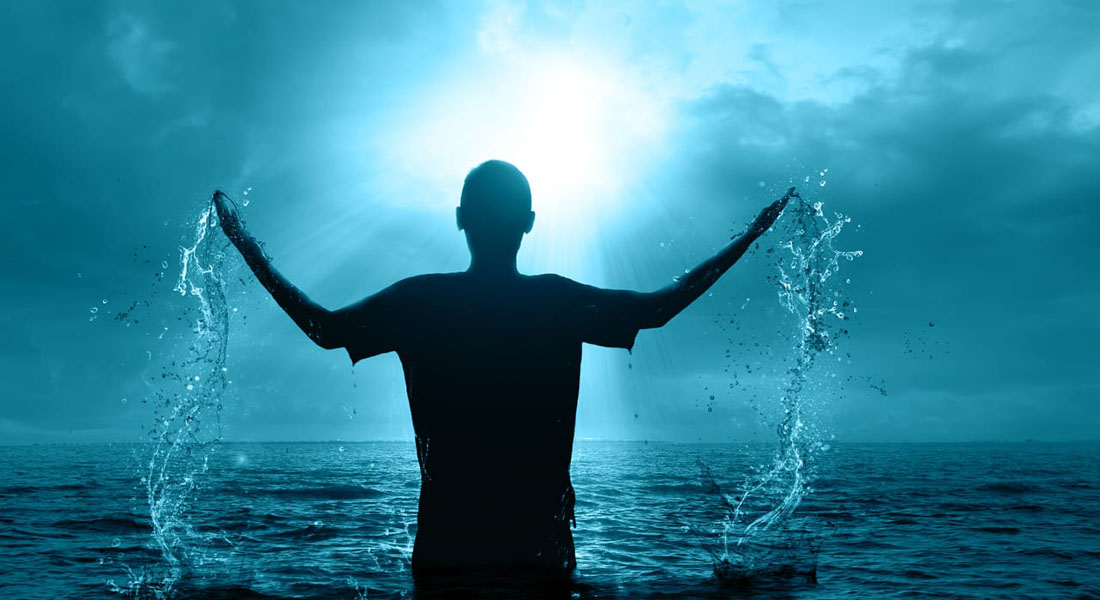 Myself and perhaps three others stood in line to be baptized.  Our small congregation had rented a larger church since they had the tub required to do the dunking.  I was nervous, but pumped enough to do a cannonball into the tank.  Elsa convinced me that was not a good idea.

Everyone had their families who took pictures for the big event.  My parents were in the crowd, bless their souls.  As Catholics, they took news of my being a “born-again” Christian a little hard at first.  To them I was snubbing years of upbringing and family tradition.  In truth, it was their upbringing that kept me from making a lot of dumb mistakes.  But they eventually accepted that the kid at least wasn’t a complete heretic.

Also in the audience was Charles.  Poor Charles.  Around the time I left for Lake Louise he broke up with longtime girlfriend Lara.  They had gone almost two years and I know he partially blamed me for the breakup.  She was also a Christian and a key individual who convinced me to do a little research in the area.  I wasn’t supposed to believe and Charles felt betrayed.  Lara saw he wasn’t going to come around and did the smart thing by letting him go.  If anything, I can see how he thought the lot of us were more trouble than we were worth.

But here he was doing his best to at least be civil.  With the winds of change blowing so strong, it was a hard time for him too.  I’ve always wished I could have been better at being a friend when he needed it.  I was twenty, and just didn’t have enough maturity in me yet.

And of course Elsa was front and center.  She saw me from the beginning; a scruffy kid who showed up one day in long hair, torn jacket and a kiss-my-ass attitude.  How quickly things change.  Now here I was, a young man making a public proclamation of faith.  It must have been very satisfying, yet sad; like a conclusion to a good book.  A book she knew that she would soon no longer be a part of.

It’s accepted tradition to offer a testimony before going under the water.  This is generally a short speech on how one got to this point.  I of course, had mine planned out that I worked over with Elsa.  Here is the testimony as best I remember:

I was raised a Catholic and always knew God was going to be part of my life.

But I never understood how to have that personal relationship.  I had a relationship with the church, but not with Christ.

Good friends, some who are here today, told me how God gave his Son to live the perfect life I could never live, and pay a sacrifice I could never repay.  And I was shown how by believing in Him I could receive eternal life.

So today I want to follow in Jesus’ example and be baptized.

The act of baptism takes about two seconds.  But a lot went on in my mind during that brief time.

Tilting back and being submerged water; I almost wished I could stop everything and stay here a while longer.  It was like I had to quickly say goodbye to a part of me that would forever stay behind in that water.  And now I was also nervous about being re-introduced to someone else when I returned to the surface.

A second later, strong hands pull me up and I wipe the water from my eyes.  I look to the audience and the first person I saw was a misty-eyed Elsa.  I shake the pastors hand like we just closed the deal on a new car and make my way to the back, dripping wet and looking for a towel.

Without question, this was one of the most meaningful days of my life.

Before it seemed leaving Brandon would just be like the first time…a crushing loss of everything I knew.  Not this time.  My unfinished business was now complete.  Whatever awaited me out there now, I was ready to let go and chase after it.  This was to be the start of something magnificent.